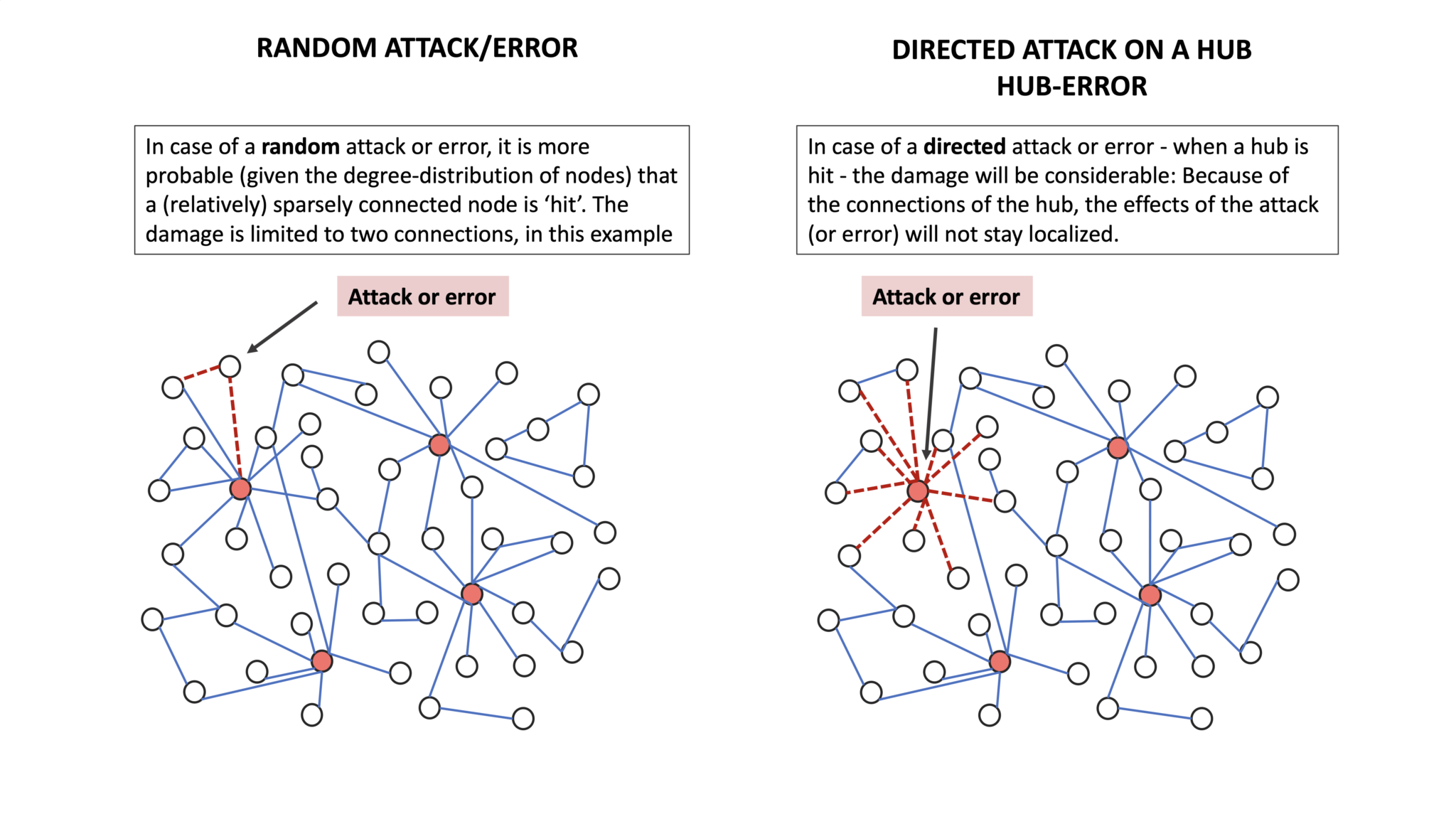 Networks differ in their attack and error tolerance.

In case of a random ‘attack’ on a scale-free network, or a random error of a node (a failing node) in such a network, the probability that a sparsely connected node is involved, is much higher than the involvement of one of the few highly connected nodes (sparse hubs). For that reason, the probable effect of a random attack or error on the overall network will be limited.

However, the distribution of nodes in scale-free networks makes these networks vulnerable for targeted (directed) attacks; for attacks on (and errors of) one of the few highly connected nodes (sparse hubs). When (one of the few) highly-connected nodes are attacked (or fails), the effects will reverberate through the System, and cannot be contained (stay localized). The ‘same’ attack – on a single node – has is completely different impact.

Presently, the United States is the node with the highest centrality in the System (‘hub of hubs’); the System is now in the 1st cycle (I explain later) of the 2nd FTS (globalized State-System (1945-….)).

At this stage, the 2nd FTS struggles to regulate the (State-)System; entropy (issues and tensions) is accumulating, and vulnerable clusters are percolating the System and become increasingly connected. Data-analysis shows (to be discussed later) that the current cycle had reached its tipping point in 2011.

It seems, that the United States struggles with its entropy-regulation – its homeostasis – due to external and societal developments. In response, the United States now tries to reduce the influx of entropy by isolating itself from the (State-)System; a typical response to entropy-overloads.

Because of the scale-free characteristics of the System and the centrality of the United States, its ‘repositioning’ – e.g. its decisions to disengage from current arrangements and obligations – impacts on the basic architecture of the current international order, on the (regulation of) EMIS-flows in the System and consequently on the configuration of the S/T-field. The State-System will (further) fragment and lose its consistency.