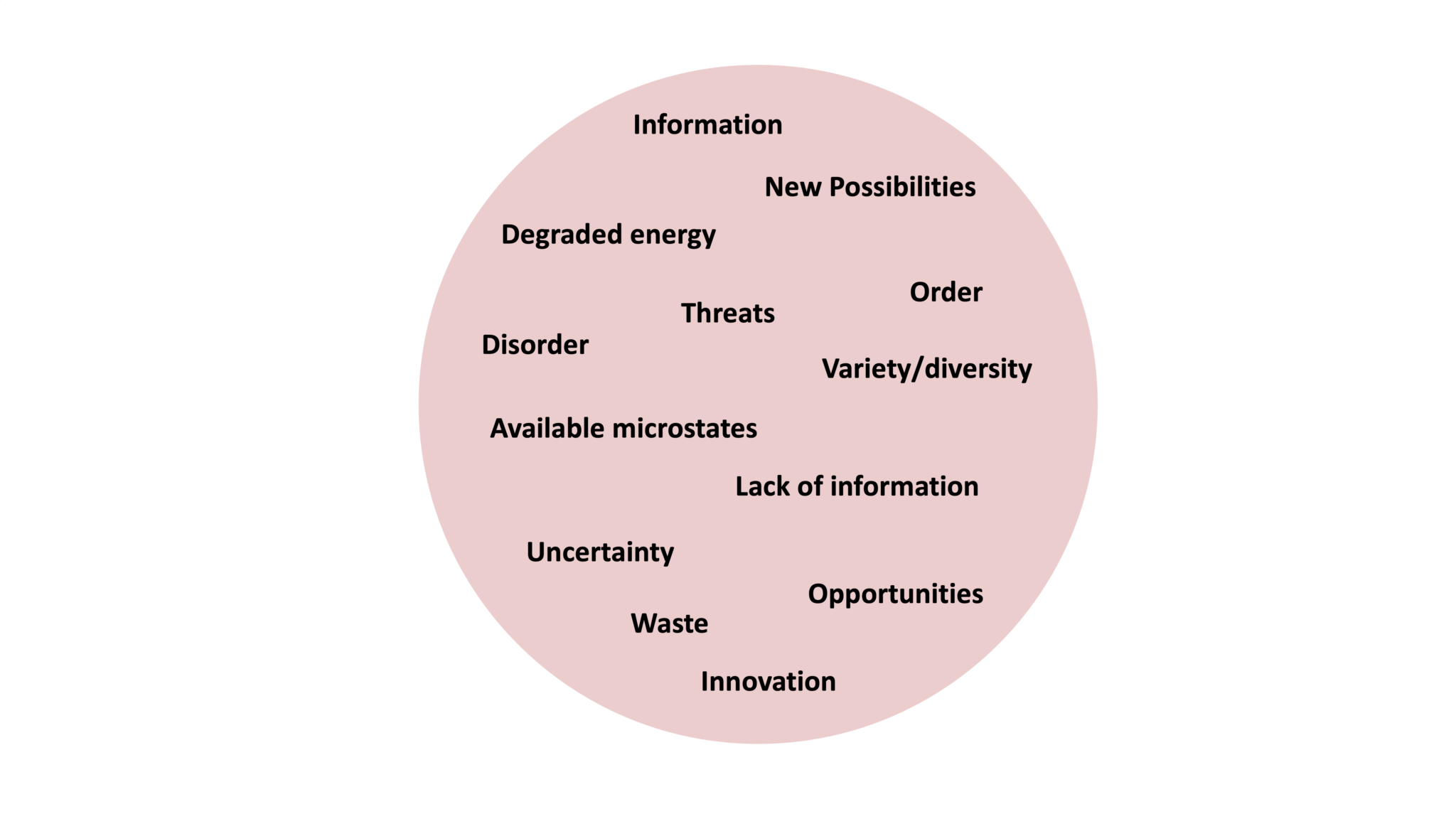 Entropy in social systems appears – manifests itself – as tensions.

A closer look reveals that tensions have the same qualities and properties as entropy; we never recognized tensions as a form of entropy.

Tensions can be considered degraded energy, an unavoidable byproduct of (human/social) interactions. Tensions are also equivalent with (new) possibilities and (thus) uncertainty; tensions allow for – are the source of – new arrangements (microstates) in social systems. Tensions – new possibilities – can be considered threats or opportunities, depending on how these tensions are qualified in a social/human context. In fact, also threats constitute also opportunities; possibilities to adopt new – more favorable – arrangements.

A living system – be it an individual human, community or society – must (one way or the other) regulate its energy in- and output, but also the entropy – tensions – it produces. Living systems have various mechanisms to regulate energy and entropy, to maintain a certain balance (homeostasis).

For living systems – including humans, societies and the (State-)System – a certain entropy balance – an intermediate level/amount of entropy – must be maintained (besides the availability of a certain level of energy): Not too much entropy – resulting in too much disorder, and a lack of structure – but also not too little entropy, resulting in ossification; a lack of opportunities and adaptability.