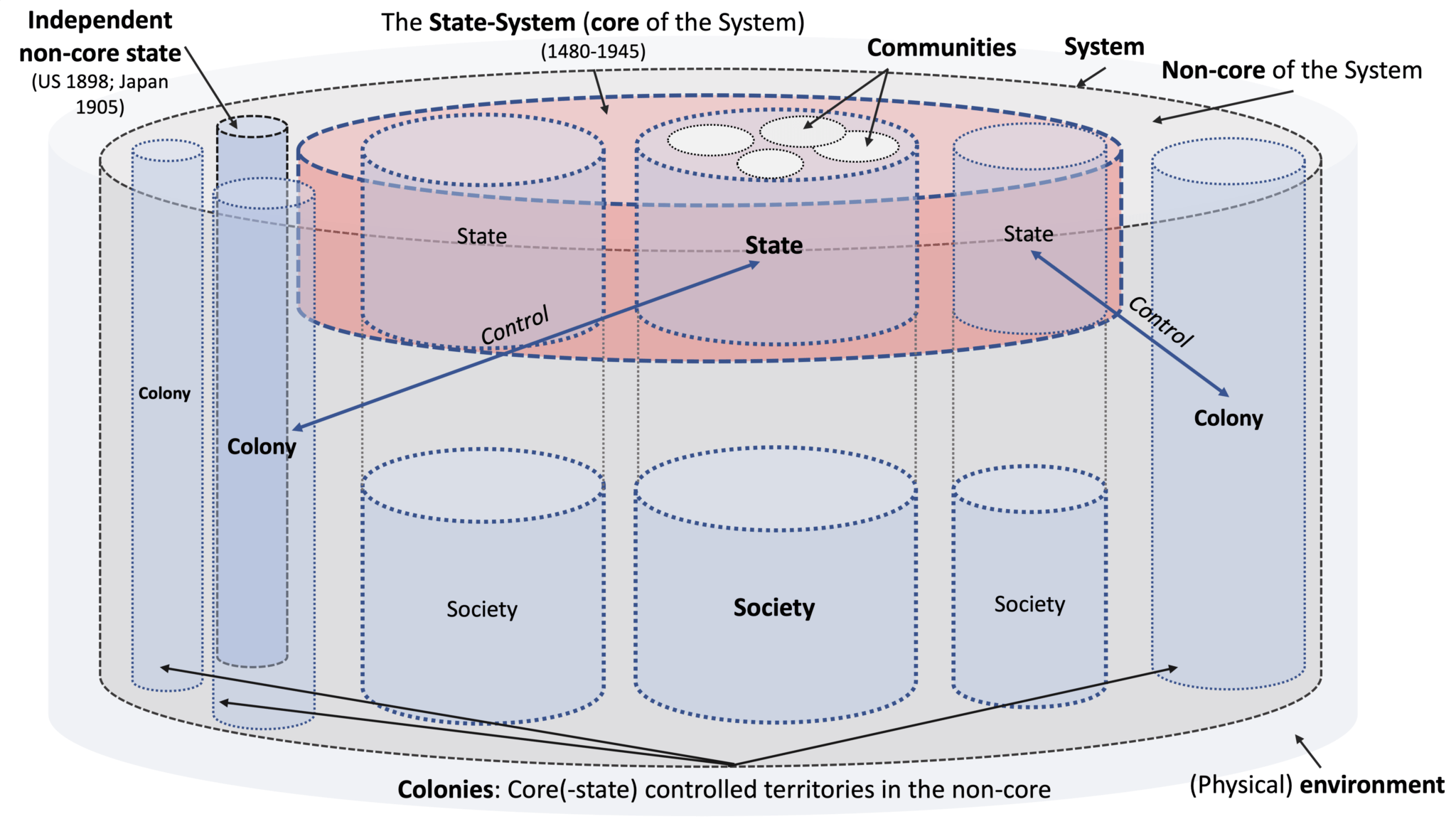 The System consist of interacting communities and societies, and of their interactions with their respective environments on which they also depend. State-structures represent and regulate societies in the State-System and System. Humans can be considered the ‘elementary parts’ of the System. The environment of the System is more than just physical and also contains a virtual ‘component’. The System has a hierarchical structure as defined by Simon (77). The System is an open system.

The following subsystems and components can be distinguished in the System:

•          Individual humans constitute the elementary parts of the System.

•          Communities are collections of humans that serve certain purposes, like tribes and businesses.

•          The System: The System consists of interacting states and societies and of the environment on which they depend.

The State-System can be considered a subsystem of the System. Sometimes, I use the term (State-)System when there is some ambivalence; for example, when it is not clear if an issue or property that is discussed applies to both. The use of the term ‘State-System’ always concerns the core of the System (Europe) if not stated otherwise.

Source~: On the Thermodynamics of War and Social Evolution.