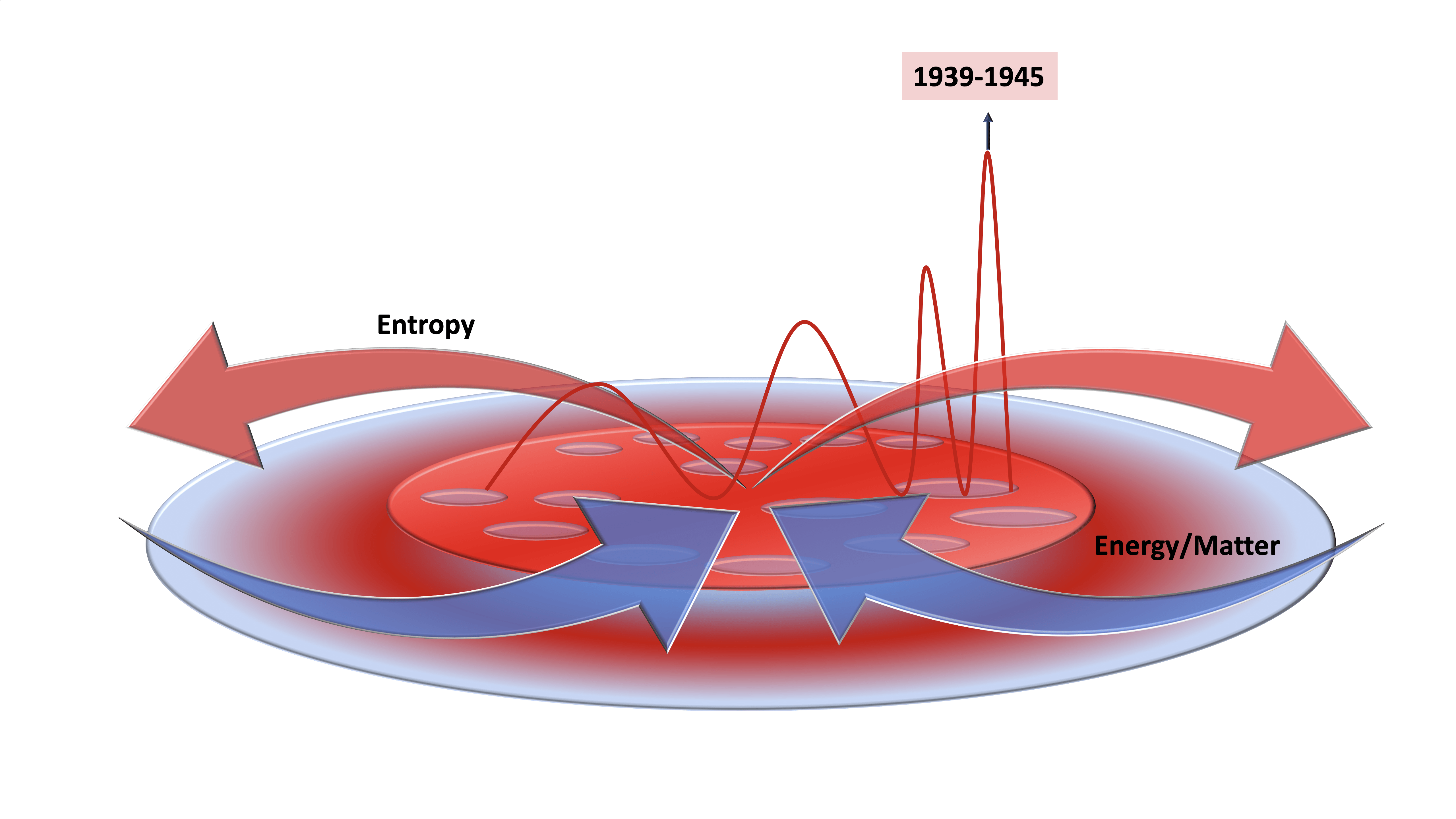 In chapter 29 of the study “On the Thermodynamics of War and Social Evolution“, I discuss feedback structures and how they shape dynamics in the System.

During a typical KA/war-cycle, three phase can be distinguished, each phase with its typical dominant feedback structure and accompanying dynamics (KA stands for Kinetic Activity):

Phase (3): Critical periods of KA/war-cycles, when the System produces systemic KA/war, with the purpose to reorganize the System and to produce a new relatively stable period.

In below figures the dominant feedback structures of the three phases are shown:

Presently, the System is in the HCR of the first KA/war-cycle of the global dissipative structure (1945-….), data-analysis suggests. Regulation of tensions (entropy) through non-systemic KA/war has become increasingly problematic, and consequently tensions and issues accummulate in the System and reinforce each other.

The System is pushed into a critical state.