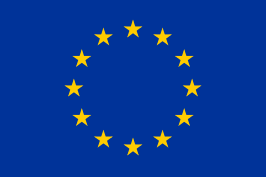 The process of integration (I refer to as ‘aggregation’ in my research) of the core of the System – that is Europe – and the core’s (Europe’s) expansion to the non-core – the process of colonization – were coordinated by a (first) dissipative structure, during the period 1480-1945, as I explain in the study On the thermodynamics of War and Social Evolution.

This first dissipative structure (1480-1945), I also refer to as the first finite-time singularity dynamic (1st FTS), was accompanied by four accelerating KA/war-cycles and was instrumental in the accomplishment of a phase transition with two effects: (1) Full aggregation (integration) of the core of the System, and (2) the globalization of the European state-system to a full-fledged global system.

The first FTS (1480-1945) accomplished a transition of the core (Europe) from a state far-from-equilibrium (FFE) to thermodynamic equilibrium (> 1945), which provided the conditions for the full unification of Europe; a process that is still in process, but is now (at least partially) reversed through the ‘centrifugal’ effects of the second (global) FTS (1945-….), and the resumption of chaotic non-systemic war-dynamics in 1989, at a global scale.

During the transition period, 1480-1945, the number of states in Europe decreased very regularly, while (not coincidentally), the expansion of the core (Europa) increased with about the same rate.

In the study On the Thermodynamics of War and Social Evolution, I explain the workings of dissipative structures (FTS’s), and what particular conditions in Europe, caused the emergence of the 1st FTS in 1480, through a so-called bifurcation.

Typically, a dissipative structure is characterized by regularized exchanges of energy (E), matter (M), information (I), and entropy (S), tensions in the System), involving the environment of the system concerned.

The 1st FTS regulated EMIS through aggregation (social integration in the core, Europe), expansion (to the non-core, colonization), empowerment and kinetic activity (war), these processes are closely related.

Presently, a second dissipative structure (2nd FTS, 1945-….)), with a global reach, is pushing the global System from a state FFE to eventually thermodynamic equilibrium, at a global scale.

Again, as was the case for the 1st FTS (1480-1945), which produced thermodynamic equilibrium in Europe, war – kinetic activity – will be instrumental in the regulation of entropy (tensions), that is the modus operandi of the System, consisting of sovereign states.

The process of fragmentation of the core – of the political structures established in Europe to ensure thermodynamic equilibrium and avoid kinetic activity in response to entropy-production – requires our full attention.

Don’t take Europe – its stability and welfare it provides to its population – for granted.