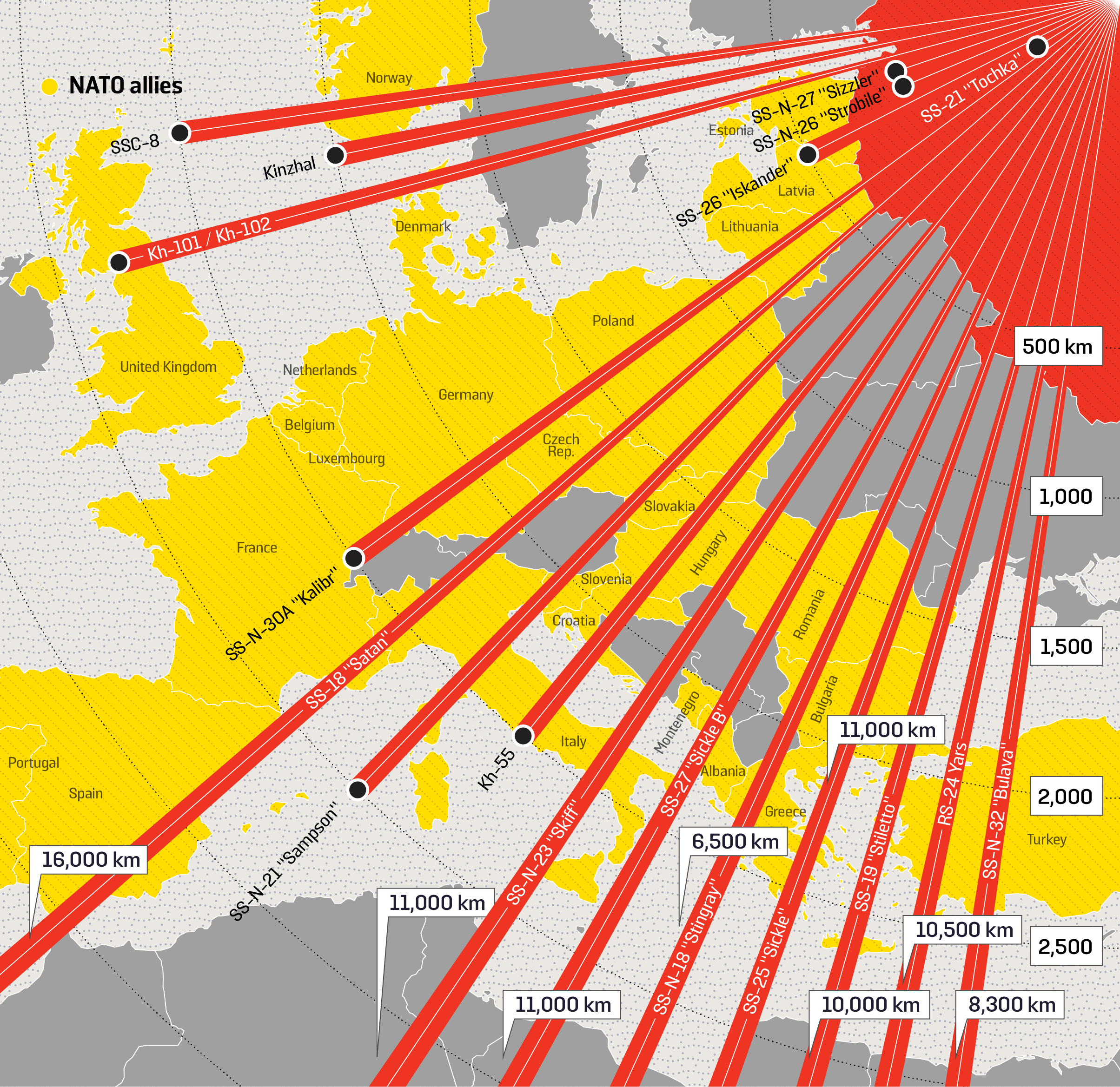 Typically, during high-connectivity regimes (HCR’s) of KA/war-cycles – when tensions (entropy) and issues accumulate – states – especially Great Powers, given their interests and capabilities – start preparing for a next war.

These war preparations contribute to the further buildup of tensions and issues, that can no longer be resolved during HCR’s through non-systemic KA/war.

The war preparations drive the dominant feedbacks that push the System eventually in a critical state, as I discussed in the previous post (Dominant Feedback Structures determine Dynamics).

During HCR’s, a sense of urgency is reinforced in great powers; The “feeling” is that they are running out of time and must act. This becomes a self-fulfilling prophecy.

In Foreign Policy “The Global magazine of News and Ideas”, a recipe is provided that must ensure that the United States can win the next war; the United States, according to the author Elbridge Colby, should focus on fight its rival great powers: China and Russia, in particular. The title of the article speaks for itself: “How to win America’s next war. The United States faces great-power enemies. It needs a military focused on fighting them.”

The article shows the current thinking – typically for HCR’s of war cycles – but is full of false assumptions, misunderstandings and misinterpretations. The problems is these false assumptions become self-fulfilling prophecies.

I will discuss a few.

The author has no doubts: Great power competition – not terrorism – should now be the pentagon’s priority: “The era of untrammeled U.S. military superiority is over. If the United States delays implementing a new approach, it risks losing a war to China or Russia—or backing down in a crisis because it fears it would—with devastating consequences for America’s interests.”

This in itself is already a confusing observation: Great powers can be considered an enemy you fight (with); but terrorism a method of fighting, and for that matter something completely different. The next “generation” of great power wars will also include terrorism.

Furthermore, the author argues that “the United States has an enduring interest in open access to the world’s key regions—primarily Asia and Europe—to ensure their latent power is not turned against it. The United States does so by maintaining favorable balances of power in these regions through a network of alliances. These partnerships are not ends in themselves but rather the way the United States makes sure that no state dominates these critical areas.”

This is a limited perspective; other great powers and states also have an enduring interest in open access to the world’s key reasons, especially to ensure free trade and open supply lines on which they depend. The author points to the risk that Asia and Europe, can turn their power against the United States, it seems.

This is a disturbing perspective, that is also actively promoted by the American President Trump: “America First”, but also “America against the rest of the world”. America’s actions and the workings of the interacting self-fulfilling prophecy mechanism, ensure that its expectations will be fulfilled.

Colby argues that “the United States must prepare to fight and achieve its political aims in a war with a great power. Doing so will not be easy. The last time the United States prepared for such a conflict was in the 1980s, and the last time it fought one was in the 1940s. But that’s all the more reason why Washington must immediately start readying itself if it wants to deter another great-power battle now.”

As I mentioned, a sense of urgency – panic maybe – takes control, according to Colby: “The U.S. military will need to undergo dramatic change to prepare for possible attacks from China or Russia”.

Colby perceives a smart enemy – China and Russia – that is conspiring against the United States and its interests: “….. both China and Russia still know that, for now, they would be defeated if their attacks triggered a full response by the United States. The key for them is to attack and fight in a way that Washington restrains itself enough for them to secure their gains. This means ensuring that the war is fought on limited terms such that the United States will not see fit to bring to bear its full weight. Focused attacks designed to pick off vulnerable members of Washington’s alliance network are the ideal offensive strategy in the nuclear age, in which no one can countenance the consequences of total war.”

“The most pointed form of such a limited war strategy is the fait accompli. Such an approach involves an attacker seizing territory before the defender and its patron can react sufficiently and then making sure that the counterattack needed to eject it would be so risky, costly, and aggressive that the United States would balk at mounting it—not least because its allies might see it as unjustified and refuse to support it. Such a war plan, if skillfully carried out in the Baltics or Taiwan, could checkmate the United States.”

To avoid this, Colby explains: “…… the U.S. armed forces need to adapt to deal with a potential great-power threat. This will require making significant changes in the way the U.S. military is sized, shaped, postured, employed, and developed—a change from a Desert Storm model to one designed to defeat contemporary Chinese and Russian theories of victory.”

And: “The new force needs to fight from the immediate outset of hostilities to blunt the enemy’s attack and, together with arriving follow-on forces, deny the fait accompli. To make this strategy work will require a force posture that is much more lethal, agile, and ready. To get there, the U.S. military must make its bases and operating locations more defensible and resilient as well as more geographically dispersed.”

“Nor can these efforts be confined to U.S. bases. The entire apparatus of the U.S. military—including its logistics network and communications systems—must shift from assuming invulnerability to expecting to be under consistent attack or disruption while still performing effectively. No longer can U.S. forces rely on exquisite systems operating with little margin for failure.”

Colby stresses the importance of allies: “The final piece of U.S. defense strategy that needs to change is the relationship with allies and partners.”

Allies should not be the final piece of your strategy: It starts with your allies.

Colby has some ideas how to put allies to use, to support the United States, but ignores that the harsh reality that the US president is actively – and it seems purposively, to reinforce a feeling of fear – undermining the relations with its allies.

According to Colby: “Washington should encourage different allies to focus on different roles, depending on their military situation and development level. Front-line allies and partners such as Japan, Poland, Taiwan, and the Baltic states should concentrate on their ability to blunt Chinese or Russian attacks on their territory and to restrict Beijing’s or Moscow’s ability to maneuver through adjoining airspace and waterways by building their own A2/AD capabilities.”

“Higher-end allies farther from potential battlefields, such as Australia and Germany, should work on contributing, both through their forces and basing, to defeating Chinese or Russian aggression against nearby allies. Partners such as France, Italy, and Spain with established interests in places such as North Africa should allocate more forces to handling secondary threats there.”

Colby concludes: That the strategy he outlines is ambitious but feasible, and quotes Carl von Clausewitz – an in many respects outdated military philosopher, from the 19th century, if you ask me – to give his own ideas a stamp of approval.

Colby: “To quote Carl von Clausewitz’s immortal line, “Nothing is more important … than finding the right standpoint for seeing and judging events, and then adhering to it.” The United States has found the right standpoint with the National Defense Strategy. Now it is a matter of realizing it.”

The point is, Colby does not have the “right standpoint” as he claims. His standpoint is seriously hampered by not recognizing the dynamics of the System during HCR’s, and is in many respects inconsistent (e.g. terrorism is not an enemy; the idea of “war against terrorism” is misleading).

Furthermore, the fact that the United States president, who also happens to be commander in chief, is undermining the stability of the System and America’s valuable relationships with allies, makes that Colby’s vision and the National Defense Strategy are obsolete on delivery.