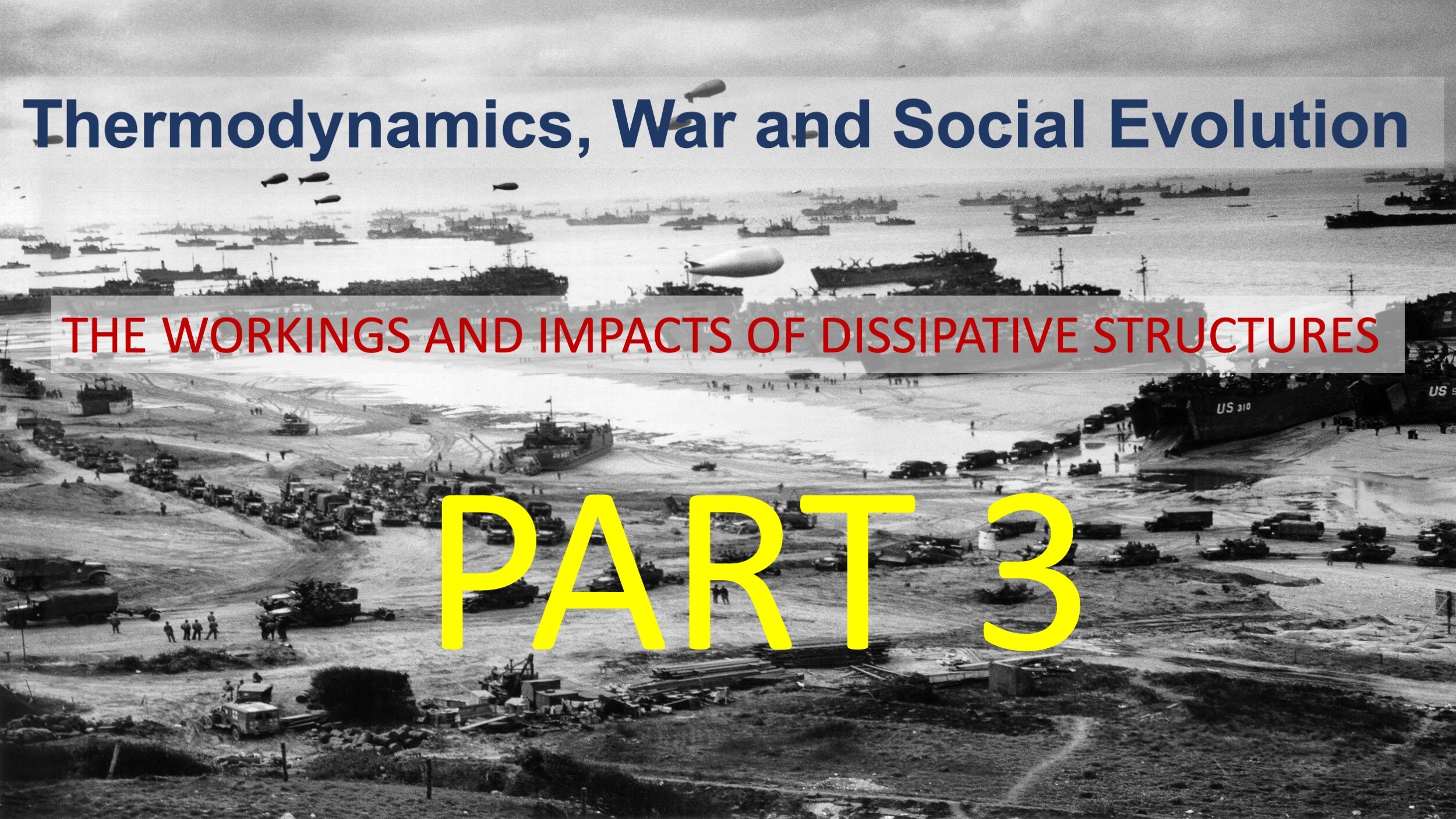 For this research, in particular the second law of thermodynamics and related principles far-from-equilibrium are relevant. The second law is also referred to as the entropy-law.

According tot the second law of thermodynamics, entropy cannot reduce in isolated systems, and always increases in due time, until a maximum amount (level) of entropy is reached far that system. To say this differently: A system always develops towards a state with maximum entropy.

Entropy is a somewhat elusive concept, despite the fact that the entropy of s system (like energy, for example) is a physical property that can be quantified.

Entropy can be considered an unavoidable “byproduct” of irreversible processes; all natural processes are irreversible and consequently produce a certain (minimum) amount of entropy.

In (classical) thermodynamics, entropy is sometimes referred to as “degraded” energy, meaning that this energy is not transformed into “work”, and is (from that perspective) considered as lost or “waste”. From this perspective, entropy can be considered a measure for efficiency.

In statistical (thermo-) mechanics, entropy is considered a measure for disorder, new possibilities, and uncertainty; the amount/level of entropy of a system determines the number of configurations the system can adopt, within a certain macroscopic condition. More entropy means more possibilities (and disorder), and more entropy also means more diversity.

Prigogine has demonstrated that in open and far-from-equilibrium systems, entropy can serve as a source of order; for his work he was awarded the Nobel Prize in chemistry, in 1977.

The order these systems can “spontaneously” acquire under those conditions, require the exchange of energy, entropy and matter of these systems with their environment(s). The development – tendency – of the system to a state of maximum entropy must – so to speak – be “halted”, to be able to maintain order, which requires energy and entropy transfers (with the environment), and the accomplishment of work (as defined in physics).

Prigogine et al. have pointed to the possibility of the emergence of so-called dissipative structures in certain systems, for example in liquids, that are in a state far-from-equilibrium.

A dissipative structure is a form of organization (order), which means that the entropy (disorder) of the system concerned is not maximum.

A dissipative structure is initiated by a bifurcation (assuming several requirements are met, including the availability of a suitable environment to exchange energy and entropy with). A bifurcation implies a change in the structure of the system, as a consequence of the gradual change of a parameter of the system.

Dissipative structures are nonequilibrium systems that continuously exchange energy, entropy, matter, but also information, with their environment(s), to ensure their organization – a state lower than maximum entropy – can be sustained.

Hurricanes, with their highly regulated and optimized energy flows (e.g. heat and wind), are dissipative structures, that emerge when certain conditions in the atmosphere prevail (see figure 6). In case of the presence of a hurricane in the atmosphere, the entropy of the system (atmosphere) is not maximum.

Dissipative structures can contribute to the accelerated eradication of gradients (differences in temperature in case of hurricanes), in other words to the establishment of a new equilibrium in accordance with the “demands” of the second law of thermodynamics and related principles far-from-equilibrium.

These laws and principles always have so to speak always “the last word” and impose restrictions on dynamics and processes that (can) occur.