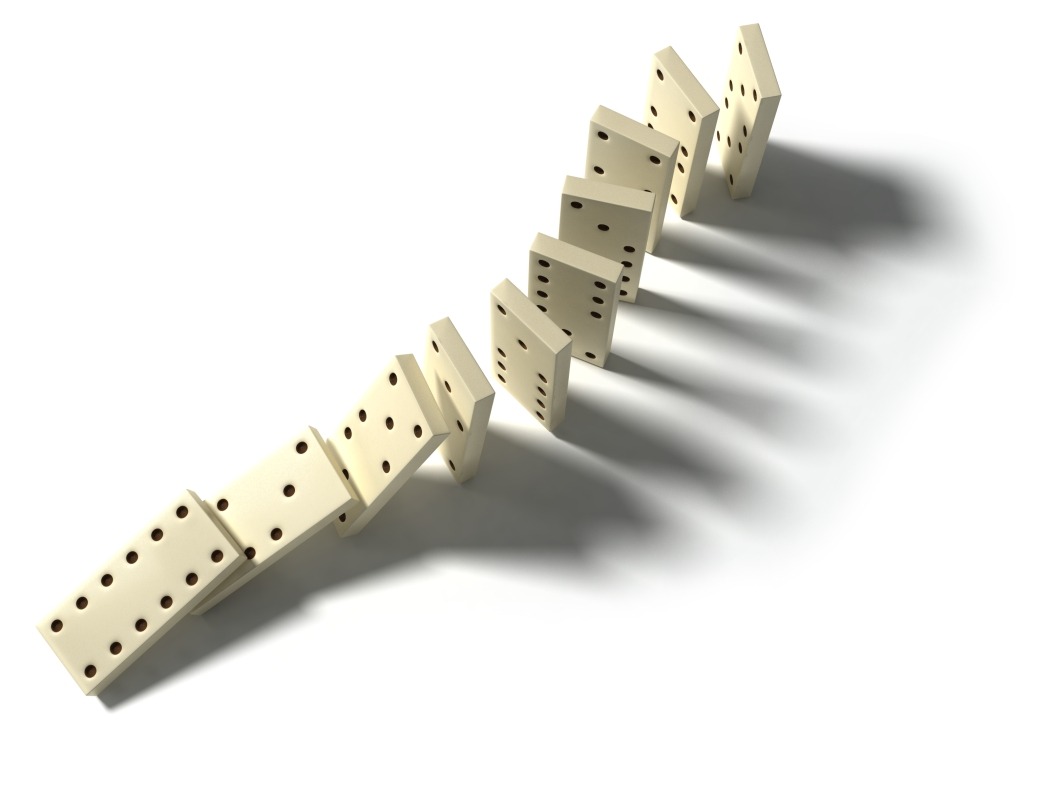 The (International) System is in a worrying state, as I explain in this article.

My research shows that the System produces war-cycles, with remarkable regularity, and that each war-cycle has a typical life-cycle: Typically, a relative stable period (RSP) – when the System is in a subcritical state, and the (existing) status quo (order) is regulated through non-systemic wars (non-systemic kinetic activity) – is always followed by a critical state, when the System produces a systemic war (systemic kinetic activity), and an ‘upgraded’ order is interactively designed and implemented, by all Great Powers in the System

During RSP’s it is possible to distinguish two “regimes”; respectively a low- and a high-connectivity regime (a LCR and a HCR).

During HCR’s an autocatalytic process drives the System in a critical state.

A closer look at the self-reinforcing (autocatalytic) process during HCR’s of war-cycles, reveals that so-called vulnerable clusters (VC’s) percolate the System.

VC’s consists of issues, tensions, and states that are involved in the issues concerned.

When the System is critical, a relatively insignificant incident can trigger a massive – systemic – response.

Where do we stand now?

Data-analysis shows that the current RSP (1945-….), reached its tipping point in 2011, and is in the HCR of the cycle.Since 2011, issues and tensions (entropy) are accumulating. Terrorist activity – not coincidentally I argue – also spiked in 2011.

The four preceding war-cycles show that the tipping point is not necessarily reached half-way the (eventual) life-span of the RSP.

The accumulation of issues and tensions in the System is now also evident: Non-systemic wars are increasingly ineffective as regulators (and their average size has consequently decreased); the System – its structures and arrangements – are fragmenting (due to accumulating tensions and forces that are consequently generated); and uncertainty and anxiety increase (and result in populism and volatile politics, e.g. Brexit, Trump, radicalization, etc.).

So what about the percolation of VC’s?

The number, size, and connectedness of VC’s are increasing (especially since 2011). Issues have become increasingly connected.

When the System is in a critical state, a single VC – when “triggered’ by an incident – can like a single domino – a chain-reaction, and cause a massive systemic response.

The United, States, Russia and China (the most dominant Great Powers in the System), are one way or the other, involved all these issues, and serve as “connectors” in the (increasingly) connected network of VC’s.

The increasing dysfunction of the existing order and of arrangements in the System are also symptomatic for HCR’s of war-cycles: I refer to e.g.:

(1) The United Nations; the UN is no longer an accurate reflection of the actual power balance;

(2) The European Union is fragmenting;

(3) NATO is confronted with an identity crisis;

Research shows that a systemic crisis is always preceded by an increase in – what I name – alliance dynamics; states try to form new alliances, to (better) ensure their increasingly vulnerable interests, and to hedge risks. This typical behavior can also be observed, at this stage.

Data-analysis and the actual behaviour of the System show that we are nearing the critical point of the current RSP (the current order, 1945-…). The System will become increasingly susceptible for (in itself) insignificant incidents.

A systemic response – in response to an incident – is a matter of time: The question is not “if” but “how”.

Questions concerning “How?”, include:

From a thermodynamic perspective, wars – kinetic activity – serve a purpose: To lower the energy-state of the System, and to drive the System to thermodynamic equilibrium, via the most efficiënt part.

We are not in control of these dynamics that are intrinsic to the System, but play an essential role in our social evolution.