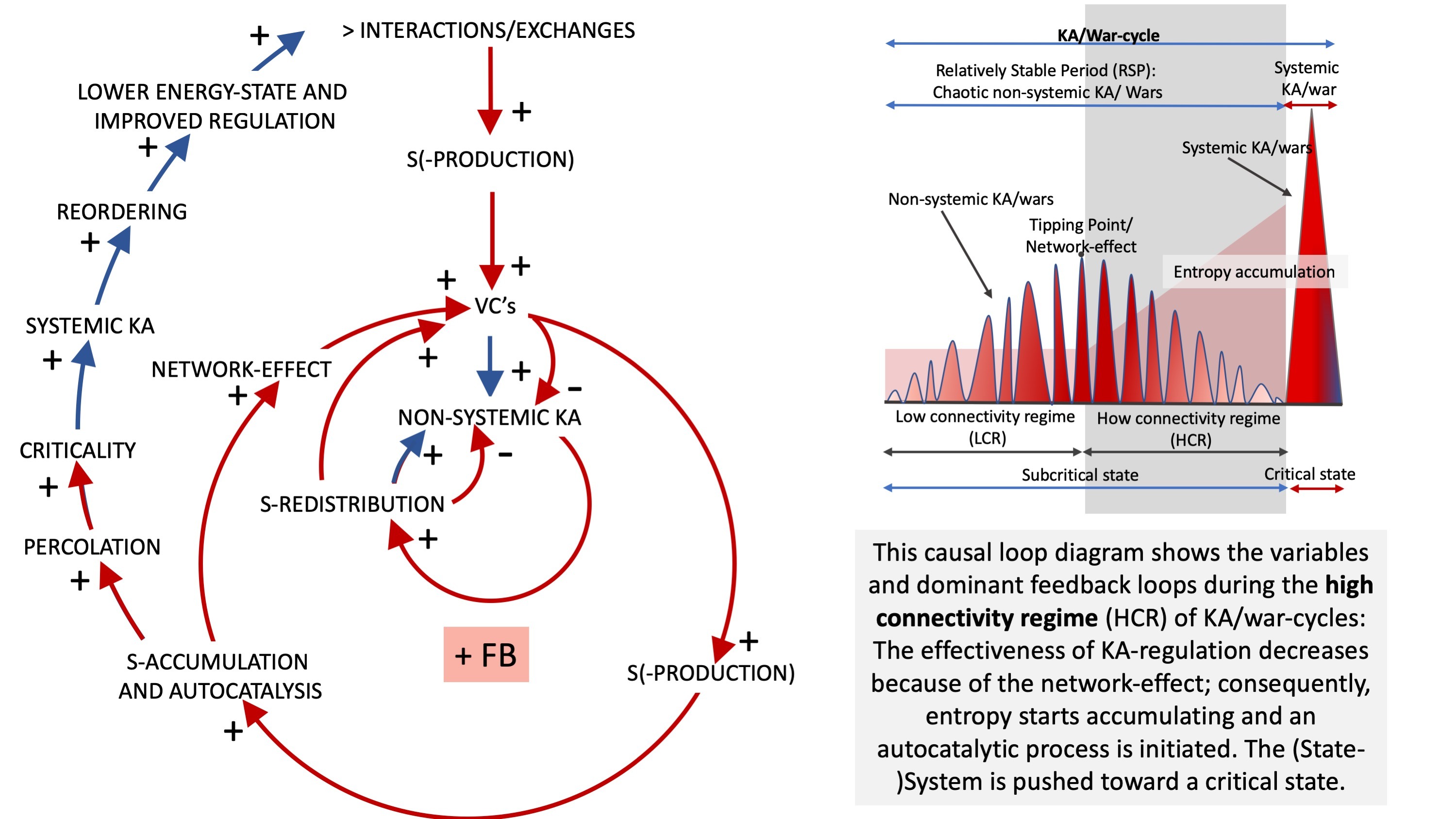 In the System, which from a thermodynamic perspective qualifies as a system far-from-equilibrium: Entropy (tensions) is neutralized through kinetic activity (war), and entropy serves as an important source of order.

Since 1480, when the System produced a dissipative structure through a bifurcation, kinetic activity of/in the System is highly regularized.

These dissipative structures contribute(d) to the regulation of entropy(-production) in the System, and the maintenance of a certain balance and coherence.

The first dissipative structure achieved thermodynamic equilibrium in the core of the System (Europe) through four accelerating KA/war-cycles; each cycle consisted of (1) a relatively long RSP (Relatively Stable Period), when the System was in a subcritical state, and a certain equilibrium was maintained through chaotic non-systemic KA/wars, followed by (2) a critical state, when the System typically upgraded its order through a systemic KA/war.

The second dissipative structure is now in the last stage – the so-called high-connectivity- regime (HCR), of the first global KA/war-cycle (1945-….).
Typically, during HCR’s of KA/war-cycles tensions (entropy) accumulates, also because kinetic activity (war) is suppressed through the high connectivity of issues, tensions and states, that (in fact) result in a certain (but temporary) “stability”.

The current political (e.g. in the US, Europe, China) and social volatility (also in Hong Kong), and fragmentation (Brexit, the breakdown of (trade) agreements, etc.), can be attributed to the accumulation of entropy (tensions), and is typical of HCR’s.

The moment the clusters of issues, tensions and states, percolate the System, the System is in a critical state and is very susceptible for small perturbations (incidents) that can (and will) “suddenly” produce a systemic kinetic response (systemic war), that will then be “used’ by the System to upgrade its order. This upgraded order, then ensures a new relatively stable period (RSP).

According to analysis of war-data, the System will become critical again in 2020 +/- 2 years.