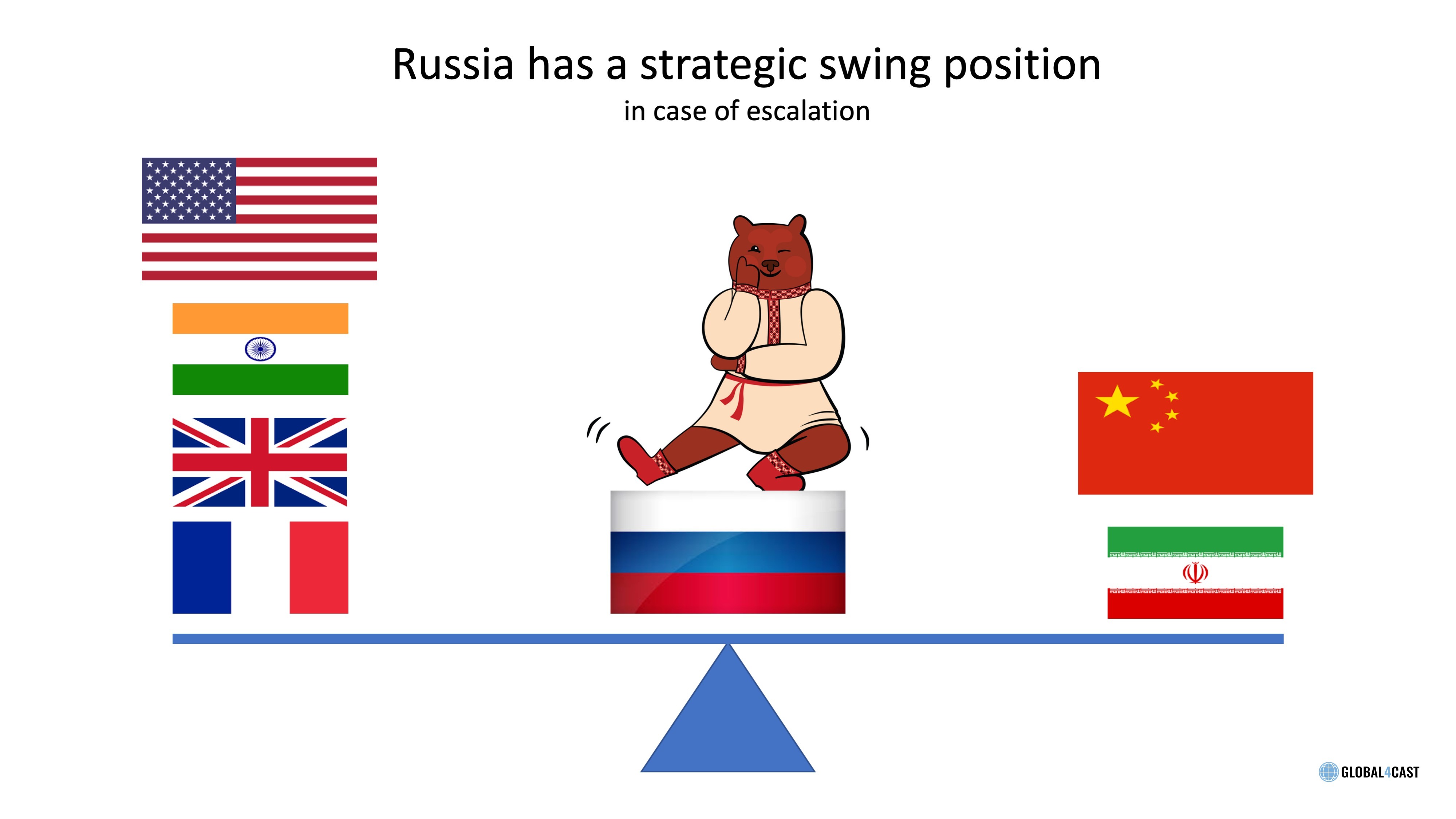 Not only is the risk of escalation an important consideration in an (eventual) response from the United States and Saudi Arabia against Iran, but also how escalation could play out.

As I mentioned yesterday, typically during systemic wars (which by definition involve all Great Powers in the System), two “clusters’ form of Great Powers and their respective supporting states.

An intriguing question is: What alliances – clusters – could form in case of a next systemic war?

Answering this question (based on the present situation and condition of the international system) involves some speculation, of course. I will give it a try:

I make the following assumptions, I assume that: