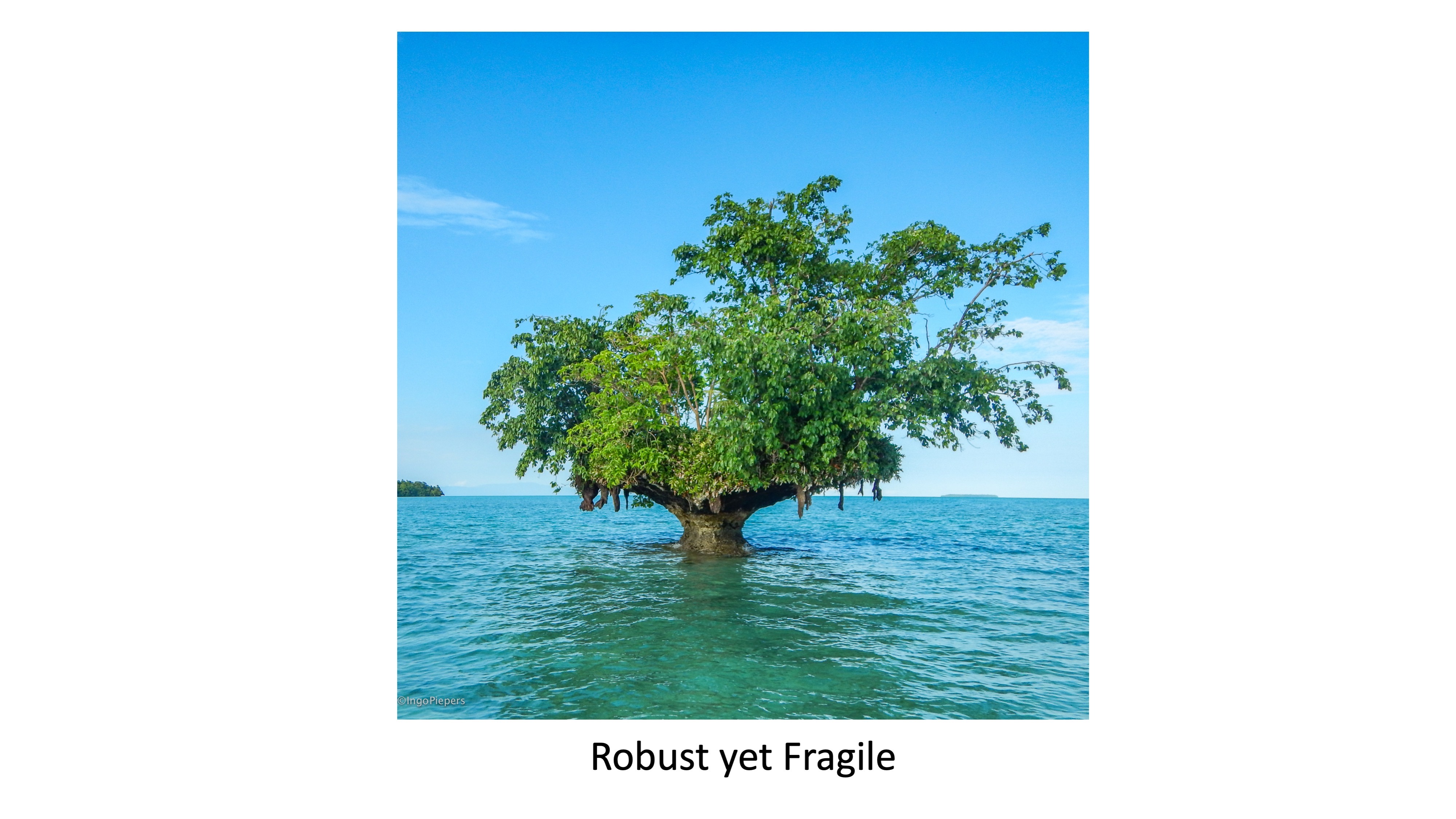 Interdependent networks can be robust and fragile at the same time. This is also the case for the (international) System, at this stage of development.

Robustness refers to the ability of the international System, to “absorb” shocks and perturbations – incidents (like the attack on Saudi Arabia’s oil facilities) – without triggering a kinetic response (a war). Fragility refers to the ability of the System to maintain itself in the current “stability domain”, the current international order. When a system becomes more fragile, a change of stability domain (of the international order in case of the System) is just a matter of time.

Typically, during the end-stage of a war-cycle, the average size of non-systemic wars decreases. This development can be attributed to the increasing connectedness of the network of issues, states and tensions. Because this web of connections becomes denser, the international order becomes in fact more stable, at least for kinetic (war) responses.

However, because the System cannot respond with a non-systemic war, tensions (entropy) can no longer be effectively neutralized and regulated, accumulate instead, and the System is pushed into a critical state. A critical state triggers a systemic war that subsequently forces the System into another stability domain (international order).

This “robust yet fragile” dynamic is now at play: The attack by Iran (the United States and Saudi Arabia are convinced) is a very significant attack, however, the US and Saudi Arabia now downplay its consequences, out of fear for escalation in case of retaliation.

The System is robust, but also (increasingly) fragile, at the same time. Such a state – when tensions continuously accumulate (issue are not resolved) – can only be sustained for a limited period of time.