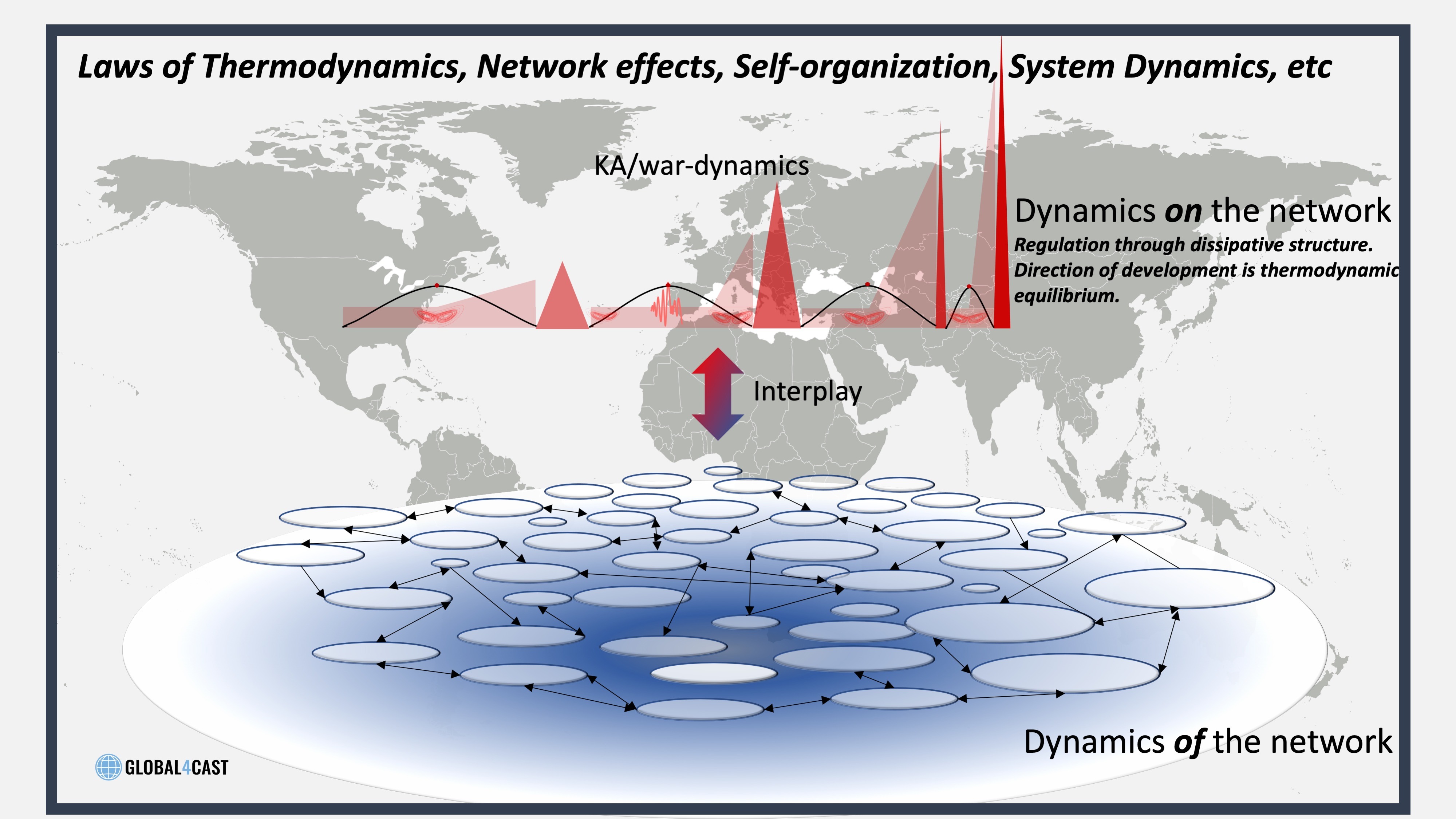 The System, as I also argue in my research can also be considered a network of events. In case of the System, these events include kinetic activity (KA, war), issues, incidents and various developments.

Events are created – materialize – through interactions.

These dynamics of and on the network of the System are subject to various laws and mechanisms, including: The laws of thermodynamics, the network effect (resulting in stability on the network) and system dynamics (e.g. the production of oscillations, in case of certain conditions).

In below figure, this “framework” is shown.