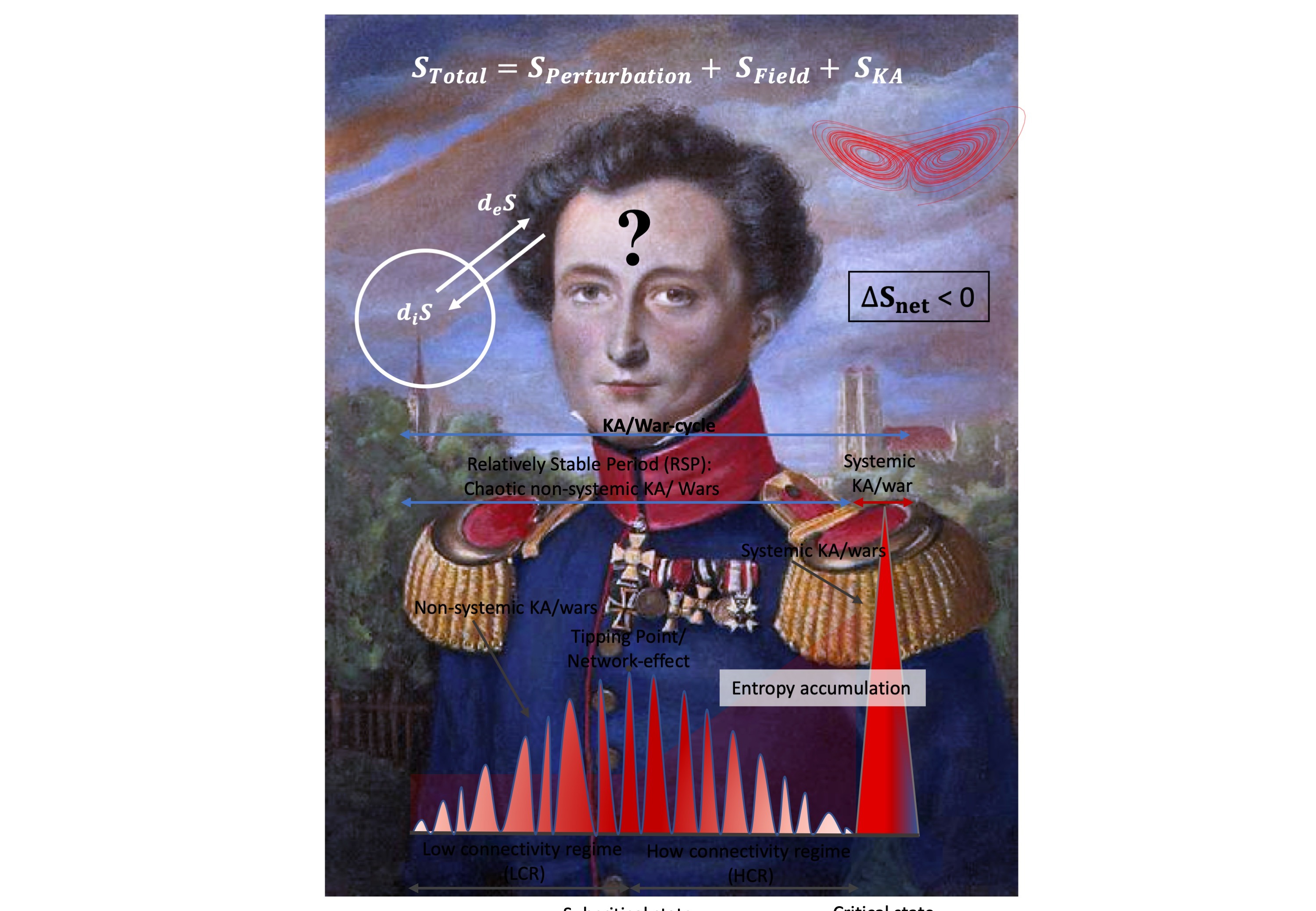 Military operations – at various levels and involving a multitude of parties and interests – are now closely intertwined with political activity and processes. Military activity is now politicized.

Two deficiencies in military strategy (formulation) and in our understanding of the application of military force undermine the effectiveness of military operations (war) and their political utility.

As the War in Afghanistan shows, a multitude of parties and stakeholders is now involved in war. “Isolation” of a military domain is (further) undermined by the information revolution.

Von Clausewitz theory “On War” cannot be applied – as is done until today to war and military operations in this age. Some core assumptions of “On War” are obsolete.

Von Clausewitz’s “On War” is in fact not a theory, at least not according to scientific standards. Instead, it is a doctrine; “a codification of beliefs” concerning war, based on Von Clausewitz’s evaluation of his experiences in the Napoleonic Wars, more than two hundred years ago. This doctrine has lost most of its validity: At the time, war only involved armies of state’s, effectively controlled by states. That is no longer the case.

Despite these dramatic changes, and their implications for strategy formulation and the conduct of war, these changes are mostly ignored by politicians and military strategists. And we pay the price: War becomes never ending: “Victory” – an acceptable end state – cannot unambiguously be defined.

An important – but also ignored – consequence of the politicization of war is that the military, policy makers and politicians must be committed to a continuous dialogue, to continuously optimize the process of strategy formulation.

Politicians and policy makers cannot keep the military at arm length any longer, which is still too often the case. The military, on the other hand, must ensure it is a professional strategic (policy) partner, that fully understands the utility of military force under different conditions, and is prepared to give professional advise.

The sharp distinction of roles between the military and policy is also an inheritance of Von Clausewitz’s war-doctrine. Times have changed.

The second fundamental deficiency that affects strategy (formulation) and the utility of military force (war), is the ignorance of the thermodynamic nature of war. This ignorance also has implications for strategy formulation and war-fighting.

In essence, war is kinetic activity (war) of the (international) System produced in response to the production and accumulation of entropy (tensions), as I explain in my study.

During the period 1480-1945, the System – with Europe as its core – produced four accelerating KA/war-cycles (KA stands for “kinetic activity”) that accompanied a dissipative structure. This dissipative structure was instrumental in a phase transition (achieved in 1945) that resulted in the integration (unification) of Europe (albeit with a delay until 1989), and the globalization of the System.

These four KA/war-cycles had identical configurations: In all cases a relatively stable period was always followed by a critical period when the System produced a systemic war. While non-systemic wars during relatively stable periods were inherently unpredictable and localized (limited); systemic KA/wars on the other hand, were “total” and involved all great powers in the System. The purpose of non-systemic KA/wars (like the War in Afghanistan) was – and is – to maintain the current order (status quo), while the purpose of systemic KA/wars is to upgrade the order of the System, to the next level of organization.

The obsolescence of Von Clausewitz’s doctrine also lies in the fact that his doctrine is based on the analysis of a systemic – total – war (the Napoleonic Wars), while its instructions and guidelines are mostly applied to non-systemic – limited – wars.

The “quality” of military strategies, the utility of force, and expectations that are presented to politicians and societies by the military, can and must be drastically improved.