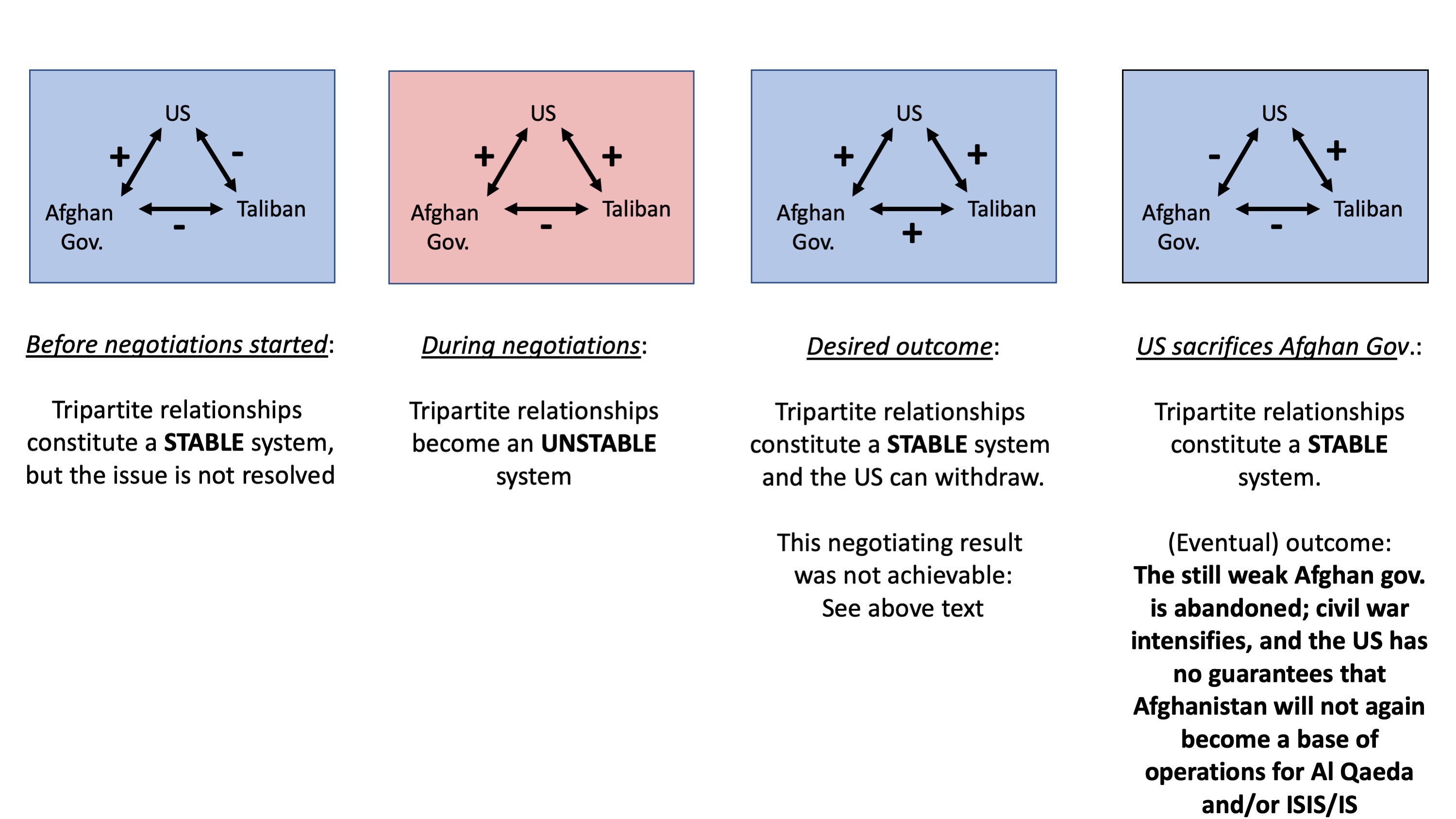 The US-peace negotiations with the Taliban have – not surprisingly – failed. Yesterday (September 9, 2019) president Trump declared these negotiations “Dead”.

Other complications that undermined productive negotiations include the absence of other states in the negotiations that are (in)directly involved in the War in Afghanistan – like Pakistan and Iran – and the fact that “The Taliban” does not even exist. The Taliban is only a loose collection of rival factions/tribes Afghan, that simply use the label “Taliban”, as it suits them. The Taliban is a franchise.

The Taliban that sat at the negotiating table with the US, cannot effectively control the warring factions in Afghanistan that brand themselves as Taliban; is it then possible, to create sufficient stability in Afghanistan and that it can be assured that Afghanistan does not again become a base of operations for terrorist organizations (that plot against the US)?

That these peace-negotiations failed, is a reflection of the War in Afghan that started almost 18 years ago, in October 2001. Despite the “infinite” resources that were spent in Afghanistan – including of the US military and NATO – the results are disastrous: Instead of solving a rather simple problem – the destruction of the base of operations of Al Qaeda in Afghanistan – the US got itself entangled in a Gordian knot. During the 18-year period, a series of strategic plans and solutions were presented by military geniuses and politicians, but to no avail (I discuss the failure of the War in Afghanistan in a future article). These misguided peace negotiations are yet another self-delusion.

The US are now back to “square one” – a square that they in fact never left – and another illusion poorer; an experience that they could have saved themselves.

In below figure – it is just a thought experiment – I show some possible outcomes of the negotiations, from the perspective of the “relationship-system” of the three parties involved (the US, the Taliban and Afghan government).

This is an incomplete picture of course, but the messages is clear: This is an intractable problem. Negotiations short-cuts do not exist.

The intractability of the problem also reflects the current state of the System: The System is now in the end-stage of the current KA/war-cycle, when entropy-regulation is problematic.

This state of affairs begs the question, if a solution of this issue (and of related issues) requires a systemic response, to accomplish a more fundamental reordering of the System.