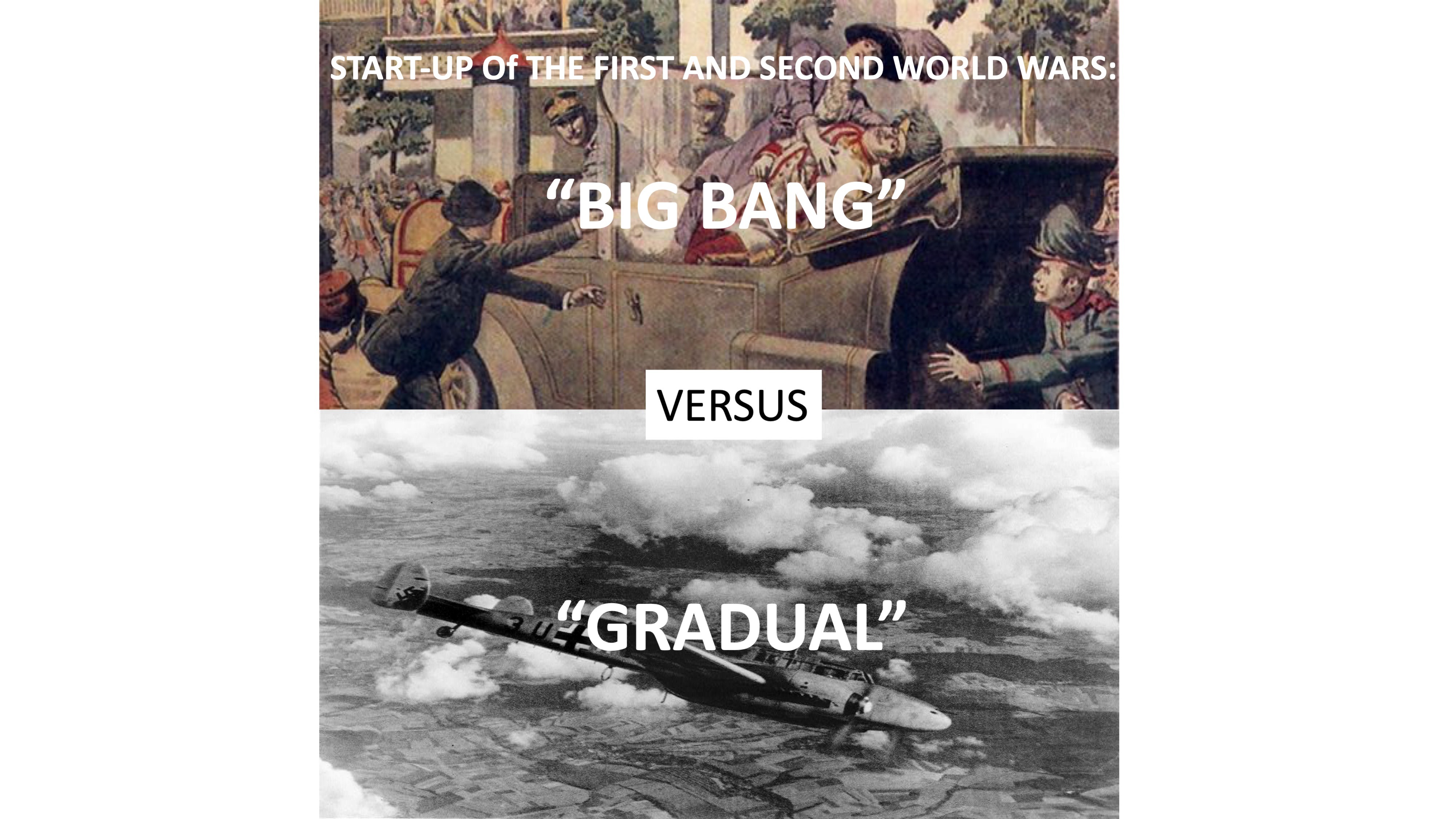 My research shows that during the period 1480-1945, the System (with Europe at its core) produced four systemic wars as part of four accelerating war-cycles.

The fourth and last systemic war was the Second World War (1939-1945), which had two major effects: (1) thermodynamic equilibrium in Europe (full integration, albeit with a delay until 1989), and (2) globalization of the System.

Since 1989, the 2nd dissipative structure is fully operational, chaotic non-systemic wars resumed and we are currently in the end-stage of the first global war-cycle. Typically, tensions accumulate during the end-stage of a war-cycle, which explains also the present social and political volatility in the System.

A model based on the 1st dissipative structure and available war-date suggest that the System could become critical around 2020 +/- two years. In case of criticality, a small incident can trigger a massive (global) kinetic response: A systemic war.

However, a closer look at the start-up of the last two systemic wars shows that these types of wars not necessarily start with a Big Bang, meaning that all Great Powers immediately “step-in”. A systemic war needs a start-up, it seems.

The four systemic wars (“world Wars) the System produced until now, have certain very specific characteristics. These characteristics include: (1) systemic wars follow an exact pattern (time-schedule), (2) develop remarkably regular, (3) involve by definition all Great Powers in the System, (4) Great Powers (also) fight each other, and (5) result in an upgraded (international) order and a (new) period of relative stability.

Also typically during a systemic war, Great Powers typically group into two clusters (alliances, like the Allied and Axis Powers, during the Second World War); this subject – and what clusters/alliances could form during a next systemic war – I discuss in a next article.

In below figures, I show the “start-up” and (phased) involvement of Great Powers in the First and Second World Wars. There are some interesting differences. The Great Powers I use in the analysis are the Great Powers that made up the System, at the time (based on Levy, War in the Modern Great Power System, 1495-1975).

What is the relevance of this analysis:

Another factor that impacts on the start-up – and needs also more research – is how the next war will be fought, and what technologies will dominate (and determine) war-fighting. My analysis also suggests that a next systemic war is probably less kinetic than its predecessors. Information and cyber space will have their impact.