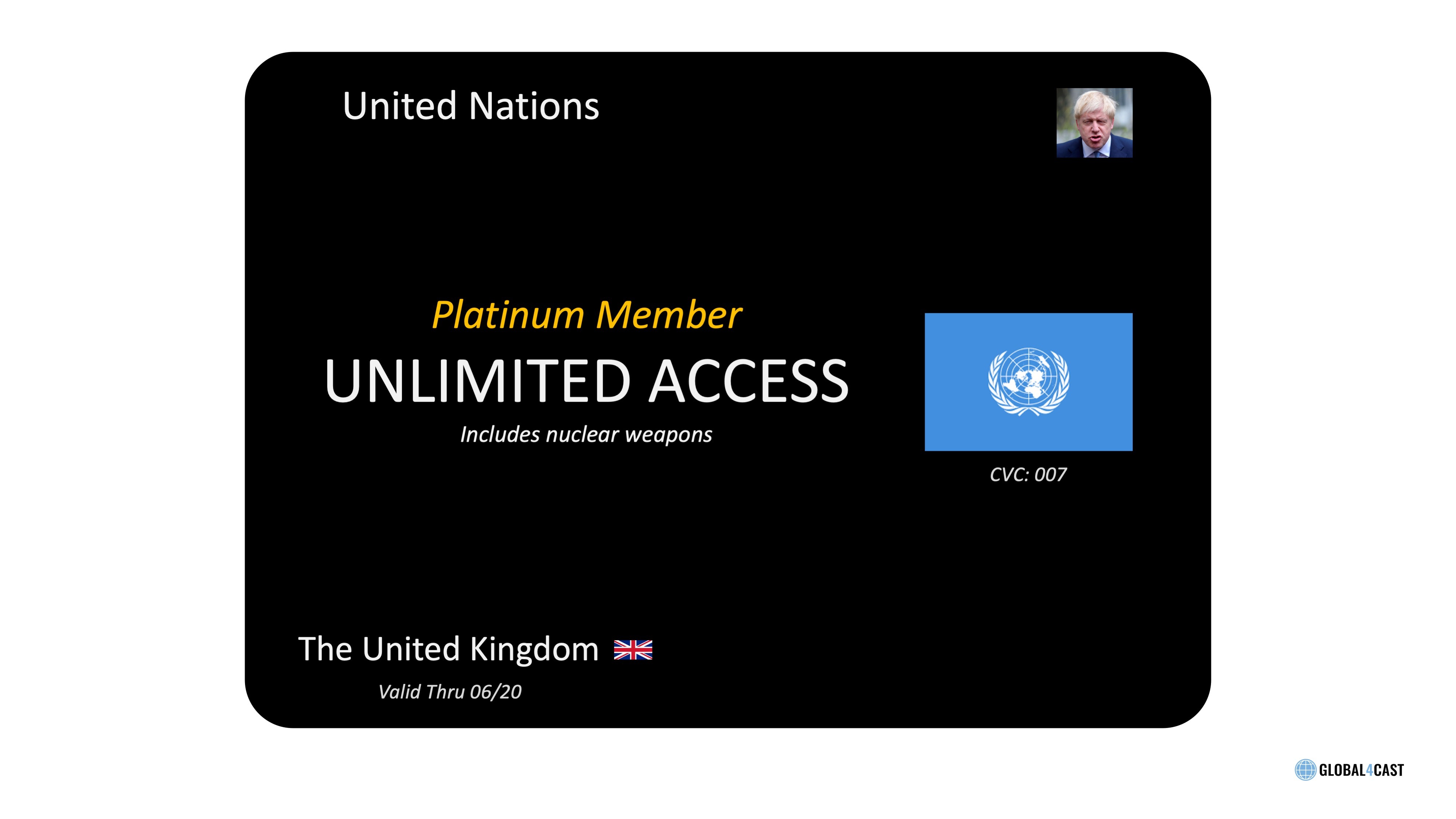 In this article, I discuss the role of privileges.

In the previous article of this series – with the title: “The next Systemic War: How do Systemic Wars work?”, I discussed how an international order is “upgraded” during such a war.

I discussed the Atlantic Charter, and how the American president Roosevelt ensured that his vision and American interests were “embedded’ and promoted in the United Nations international order (1945-….). This required “a combination of vision, strategy, results on the battlefield, and negotiation skills”.

At a later stage – through this mechanism – these Great Powers ensured their monopoly over nuclear weapons in the Treaty on the Non-Proliferation of Nuclear Weapons: “The treaty defines nuclear-weapon states as those that have built and tested a nuclear explosive device before 1 January 1967; these are the United States, Russia, the United Kingdom, France, and China”.

It is important to remind that an international order – and the arrangements that underpin the order (including the Charter of the United Nations) – is designed to maintain the status quo that is created, which is especially in the interest of the victorious – and most powerful (at least at that moment in time) – Great Powers. Victorious Great Powers want to anchor their powerful position in favorable arrangements.

However, it is just a matter of time before the same mechanism of privileges starts to undermine the stability of the international order.

The System is a dynamic system; despite restrictions imposed on other states (other than the permanent members of the Security Council, in this case), certain states gain power, and consider the order at a certain point unfair. These upcoming Great Powers challenge the existing order.

While some states gain power relative to other states and Great Powers, some existing Great Powers lose power and influence, but they can still use their (by now outdated) privileges to block meaningful change to the existing order.

In the early stages of the international order privileges contribute to the order’s stability, but at a certain point, the same privileges become a source of instability.

Iran challenges the existing order, and considers it unfair, while the United Kingdom and France cling to their – at least to a degree – outdated privileges, to maintain their Great Power status.

The United Kingdom’s decision to leave the European Union (Brexit) – a (very) destabilizing experiment – is to a large degree motivated by its ambition to manifest – proof – itself as a “worthy” Great Power.

So far, I discussed the “short” term effect of privileges on the System and the (in)stability of the international order; there is also a long-term effect.

During the period 1480-1945 – the lifespan of the first dissipative structure that produced four accelerating war-cycles (and thus four systemic wars) – two Great Powers were able to maintain their Great Power status: Great Britain (the United Kingdom) and France. But only Great Britain was able to be victorious in the four systemic wars the System produced. This means that Great Britain was four times in a position contribute to the design of the “next” international order, and to claim privileges four times in a row.

The United Kingdom could exploit ta mechanism I refer to as the “Powerful-become-more-powerful” mechanism; it is self-reinforcing; see below figure.

Eventually, the first dissipative structure (1480-1945) produced thermodynamic equilibrium in the core (Europe), which enabled a process of unification.

A closer look at the main characteristics of Europe – the European Union – reveals that is it above all a British “inspired” system; it is democratic, capitalist, and English is the accepted “European” language; to name just a few of its main characteristics. This can be attributed to the PBMP-mechanism.

It is “harsh’ when you realize that Great Britain (the United Kingdom) in fact became the victim of its own success: Its success during the period 1480-1945, ensured that the dissipative structure produced a final order (a unified Europe) based on its main characteristics, but this “success” also marked Great Britain’s demise. In Europe, the United Kingdom lost its privileges, it had fought for so long and so hard.

An unfortunate effect is that the United Kingdom now wants to correct its diminished status and decline by leaving the European Union, of which it was the main source of inspiration, and its main architect.