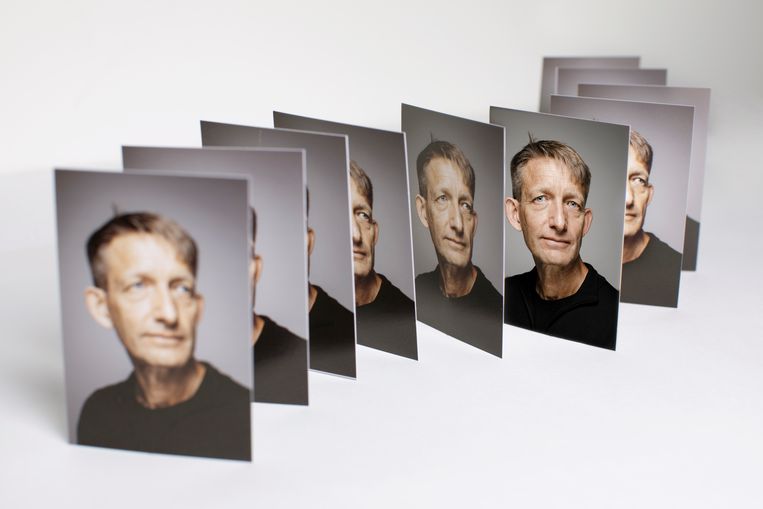 Ingo Piepers: “The build-up of tension in society with war as an outlet is simply a physical process.” Photo: Manon van der Zwaal.

Trumps attack on Qassem Soleimani could be the start of a new global conflict, says former officer Ingo Piepers. “This is not a crazy idea; this is the result of scientific analysis.”

Dear reader, feel free to do something else: this will not be a fun story. But it still needs to be told, says Ingo Piepers. He has been predicting for years that the Third World War will begin in 2020. “I hope I’m wrong, but I’m afraid, I’m not.”

His prediction is “not just a story” – the former Marine Corps officer bases his prognosis on a scientific analysis of all wars in the past five hundred years, in which one or more superpowers participated. He obtained his PhD in 2006.

His conclusion: “disturbing” patterns can be discovered in those five hundred years of warfare. Laws. And therefore predictability.

After every world war – Piepers names these wars “systemic wars” because they recreate the international order – a new international order is created that is determined by the winners. As a result, we now live in a Pax Americana – a United Nations system imposed by US President Roosevelt, in which the interests of the victors and their allies are paramount.

The bizarre thing is, Piepers says, that every cycle follows the same pattern: first you see a period of wars aimed at preserving the newly created international order. Somewhere in the middle of the cycle there is a tipping point. After that, the average size of these type of wars diminishes, while international tension rises. This period is characterized by international political discontent, the rise of nationalism and extremism and an increase in terrorist violence. Ultimately, this tension is released in a major world war through which a new international order is implemented, restores social balance and brings peace back.

What explains the turning point in such a cycle?

“Mainly the emergence of new Great Powers. They come and go as a result of population growth and economic competition. These newcomers do not accept the imposed international order. They think: why are you allowed to have nuclear weapons and not us? And they are going to undermine that order, as you now see with China and Iran. They do not adhere to agreements made. Such Great Powers strive for an ever-greater sphere of influence, whereby existing Great Powers feel threatened. As a result, state interests become closely intertwined and international tension increases.

“The big question now is: who wins the battle for world hegemony? The US or China? Much of what is happening on the world stage can be placed in that context.”

Why does war-activity decrease after the turning point during the cycle?

“Especially because of the interconnectedness of interests. That results in an explosive situation. People realize: if I start a war now, it will affect many more states than just that one enemy. After such a tipping point, war no longer works as a means to relieve tension. As a result, you suddenly see more terrorist actions – another valve with which the tension tries to find a way out. “

The current international order reached its tipping point in 2011, according to the former marine. “From that moment, you saw that the behavior of world leader (the US) changed substantially. Obama only reluctantly intervened in Libya. He withdrew from Iraq. No one responded when Iran bombed a Saudi oil refinery last September. Not even Trump, despite his threats.

“Everything has become intertwined in the previous decade. The conflict over the Crimea, oil supply, migration flows, Brexit, the election of the ultra-nationalist Trump as US president, China’s claim of the South China Sea, the hot spots in the Middle East. These intertwined issues can be considered are all upright dominoes. If you push one over, you get a chain reaction. “

All conflicts occur in accordance with Piepers’ theory that the international order is looking for a new balance. The point has been reached, he says, where nobody – not even the states you would expect it from because of their self-interest – wants to fight for the status quo. “Because it is recognized that the established order is “squeaking”. It is obsolete.”

But Trump has now attacked Iran with the liquidation of General Soleimani.

“At this stage, we are in the final phase of the current cycle, with declining war activity with direct Great Power involvement. We are on the eve of a new systemic war. I suspect that we will probably say afterwards: The Third World War started on January 3, 2020, with that American drone attack.

“Look at the similarities between the killing of Soleimani and the murder of Grand Duke Franz Ferdinand of Austria in 1914, which triggered the First World War. Six weeks after the murder, all the dominoes fell.”

Piepers (58) was commander of the Dutch marines and soldiers that were part of the Rapid Reaction Force of the United, which in 1995 helped relieve the siege Sarajevo. In the villages and the Bosnian capital, he also saw selectively destroyed houses, and thought: civilization is just a thin layer of varnish. “Apparently from one day to the next, people can decide to kill the neighbors. We have experienced this before in Europe, and I wondered: can we come up with nothing better to solve problems than waging war? I read a lot about war, but never found an answer to that question. “

For that reason, he devoted himself to scientific research into war dynamics. It led to his discovery of fixed patterns in war-dynamics. After 2006 he continued research based on his dissertation and saw that mathematical formulas apply to these patterns. His remarkable conclusion: a system war can be predicted fairly accurately. And, even more surprising: “The build-up of tension in society with war as an outlet is simply a physical process.”

In his study “On the Thermodynamics of War and Social Evolution”, which was published last year, he explains with countless graphs and calculations how social tension builds up in a society and seeks a way out, just like with energy discharges in thermodynamics.

In fact, Piepers says, “we all behave according to a mathematical formula. We do exactly what physical laws dictate: neutralize tensions with kinetic activity, in our case war. “

That implies that we have no free will.

“I will not say that we are molecules in a large system, although to a certain extent it seems that, but our free will is much smaller than we all think. Why would the social system that we are all part of be “exempt of laws that apply to all ecosystems? We are also subject to gravity. If you jump off my balcony here now, you know you’re falling down. Even if you prefer to fly straight on. You cannot control this. “

So we can’t influence the moment of those systemic wars?

“No, apparently not. But we don’t realize that, because we can always justify our actions, such as: he started. But systemic wars have their own momentum. If you had this insight in the year 1500, you could calculate that the fourth system war (The Second World War) would begin around 1939.”

So according to you, the fifth systemic war could have started on 3 January. And the sixth?

“According to my model, three more times a systemic war will take place until 2150.”

What do you think the next world war will look like

“It will last between sixteen and seventeen years, based on the ratio you see in the cycles between the duration of the stable period and the systemic war that follows. In 1939, state armies fought with state armies – that’s how the world worked. Now armies are fighting with population groups and population groups with each other. That is much more complex.”

“I do not believe that Russian tanks will enter the Netherlands, but the war will be disruptive. Cyber war has become a useful tool, there are no limits. We depend on functioning a global logistics infrastructure that, among other things, keeps the shelves of Albert Heijn filled. If that stops tomorrow, we all have a problem. Or suppose our payment system is successfully hacked, what then?”

“The use of nuclear weapons cannot be excluded. Yes, I told you, this is not going to be a fun story.”

You think a systemic war is inevitable. So if Trump hadn’t ordered a drone attack on January 3 …

“… in that case, another incident would have set the dominoes in motion. In fact, a Third World War would also have broken out if Hillary Clinton had won the US presidential election.”

If you know that a systemic war can be predicted fairly well, Piepers says, you can prepare yourself for it. “You can safely lose the hopeless war of the West in Afghanistan, but not a systemic war. If you lose it, others will determine for you what your society will look like, and you don’t want that.”

That is why, according to him, it is “damned important” that the government realizes that there must be close cooperation with other states to design a “United Nations 2.0” – a Global Charter must be prepared; like the Atlantic Charter which determined the international order after the Second World War. “Roosevelt was willing to help Churchill, the last man standing in Europe, against the Germans in 1941, but said:” This is what we are fighting for: free trade, self-determination, decolonization – that is the world as it will be. Please sign at the cross.”

According to Piepers, such agreements must also be fought for in the coming war, which he believes will focus on population growth, poverty and climate change. “Those are the challenges of today. For example, take Brazil: it manages resources that are crucial for humanities survival: The Amazon. In a next international order, you want that area to belong to everyone and a responsibility for everyone. The winners will also determine how we are going to divide natural resources among 10 billion people. That must be done fairly”

If you do not pay attention, the new order will not become a democratic one, but a Chinese one, for example, “where you get a camera in your living room so to speak, that monitors if you behave properly,” the former Marine warns.

His message does not get through yet. His 700-page study is not only technically complicated and therefore difficult to understand, but also, “like Al Gore’s climate film, An Inconvenient Truth,” a very uncomfortable truth, says Piepers.

Former defense minister Jeanine Hennis did listen to his theory. “She had the insight. She did read it. She understood the need for a Global Charter and also arranged a conversation for me at NATO. There I spoke to Jamie Shea, department head of Emerging Security Challenges. He said: it is our mission as NATO to prevent war, so I cannot accept your theory that war is inevitable. I answered: but how do you then explain the patterns in war dynamics, do you have another explanation? Then he suddenly had to go to another appointment and left.”

“People warn me: do you realize what you are saying? You present yourself as the next crazy doom thinker, predicting the world will end. I have to deal with that image. But when I discover such patterns and laws after scientific analysis, do I have to keep them to myself out of self-protection? “

On the contrary: Piepers put his books “On the Thermodynamics of War and Social Evolution” and “2020 Warning” online for free. “I want to make these studies as accessible as possible. No one has yet been able to refute my theory. If, after reading my book, someone thinks I’m wrong, I am looking forward to his or her arguments.”