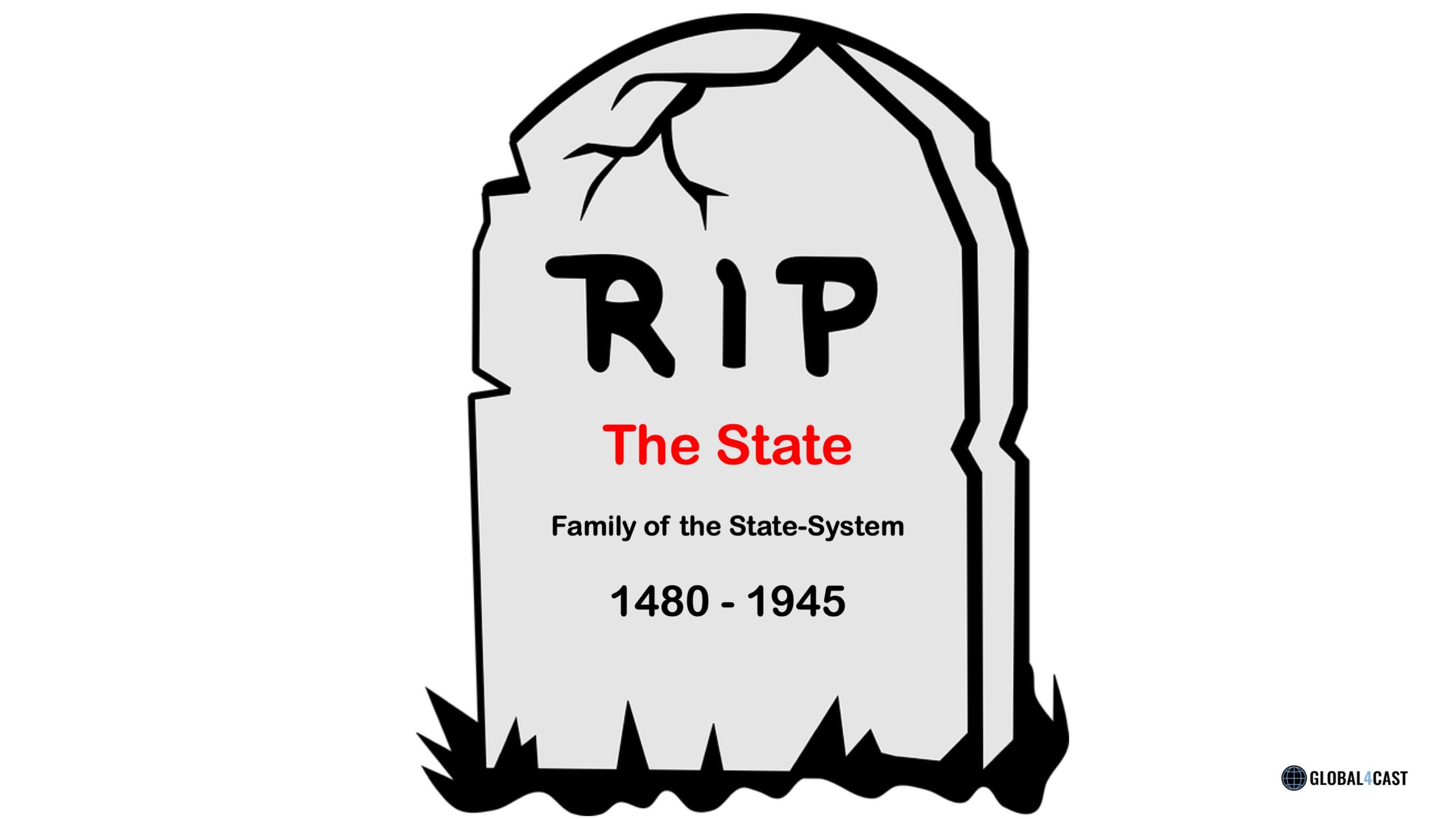 Where does the state – as an organizational structure – actually come from? The state did not exist a couple of hundreds of years ago.

It should be reminded – as I explain in this article – that the state is above all a European invention: A customized solution for very specific conditions.

It seems that over time – especially since the early nineties of the 20th century – the state has become increasingly dysfunctional and increasingly a barrier to solutions to global problems and challenges we now face, like global warming, regional conflict and pandemics.

Actually, as I argue, the state – and its typical properties – is an integral part of these problems, and our inability to solve them.

The state exercises centralized control over a precisely defined territory, has a monopoly on the use of force, and is considered the only legitimate representative of a society or community in our international order.

It is a principle in international law that each state has exclusive sovereignty over its territory: “The principle underlies the modern international system of sovereign states and is enshrined in the United Nations Charter, which states that “nothing should authorize intervention in matters essentially within the domestic jurisdiction of any state.”

In other words: “Don’t mess with other states; it is none of your business”.

The state – and the state system societies and states through their interactions subsequently produced – is a product of four accelerating war cycles, during the period 1480-1945: The state is a European “invention” so to speak.

Because of the typical conditions in Europe at the time – exponential population growth, increasing competition between communities, the ambivalent relationships between European monarchies, a capitalist economic system, the anarchistic nature of the system, etc. – populations (societies) and monarchies continuously tried to find, the most optimal organizational structure to secure and promote their interests.

The state was the outcome: It became the optimal organizational solution to control territories and populations, in a violent European context (1480-1945).

The selection of the state as the optimal structure, can be considered the outcome of a process of natural – social – selection, that was shaped by the various evolutionary pressures societies had to deal with.

In 1480, Europe consisted of a loosely connected network of circa 300 diverse structures, with a total population of about 80 million; in 1939, Europe consisted of a tightly connected network of circa 25 highly interdependent, almost identical state-structures, with a population of almost 550 million; in 1945 the foundations for a unified European system, were established (albeit implementation was delayed until the collapse of the Soviet-Union (starting in 1989).

Another, very important and dominating characteristic of the state is its ability – developed and perfected during the period 1480-1945 – to develop, mobilize and deploy military capabilities, on an ever-increasing scale. This ability – perfected in the process- ensured survival of societies.

War and warfare developed from an activity mostly performed by mercenary armies, to a prioritized state activity, in which entire societies are mobilized. War(fare) became total: Economies became essential to the war effort and political ideologies (like fascism and communism) were employed to justify the organized deployment of force and violence.

Clausewitz war “theory” and political “Realism” are doctrines that originate in this process and helped further shape military and political ideas and doctrines – including the state – to fulfill the (perceived) needs of populations, monarchs, increasingly powerful states and political actors.

Not only were the four accelerating war cycles during the period 1480-1945 instrumental in a process of integration and unification in Europe, but also in the “growth” and development of a global state system that was implemented – anchored – by means of the United Nations international order, following the Second World War (the fourth systemic war, 1939-1945).

State-structures were consequently imposed on territories and populations and communities, that had not experienced the long and very violent “natural” process, European populations had experienced.

State structures were often – especially in the Middle East and Africa – only “artificial” structures, that were not used to serve the interests of the respective populations and societies and communities that lived on these territories, but only served a selective power elite that often used these state structures for their own benefit.

Legitimacy was not considered an issue, and loyalty was bought, or enforced by the military and police forces of these state structures.

What was not very helpful – at least not for these populations – that the United States and the Soviet Union (the “West” and “East”) competed for the support of these states in their intense rivalry for global dominance. The Cold War gave an additional lease of life to power elites in these dysfunctional states.

After the collapse of the Soviet Union (starting in 1989), normal (that is chaotic) war dynamics resumed, and states started unraveling. These developments contributed to a process of fragmentation, that has intensified over time, as I explain in my research and other articles on this site.

The state is no longer an optimal solution. As I mentioned, states become increasingly fragile in certain areas; in Europe state-structures hamper full integration in a decisive political union; in Russia the state serves only the interests of a power-elite, and the United States seems to be on a similar path. Just to name some “issues” state-structures are struggling with.

Presently, in an interdependent world, where problems like global warming, wars and pandemics require global solutions, the state seems to create more problems than solutions.

So, what is the future of the state? Will modified state-structures and a modified state-system be the outcome of a next systemic war; will such a crisis (re)confirm their “right” to exist? Or will such a global crisis accelerate a fundamental change; e.g. the establishment of a global network of communities that will be better able to ensure humanities well-being and survival?