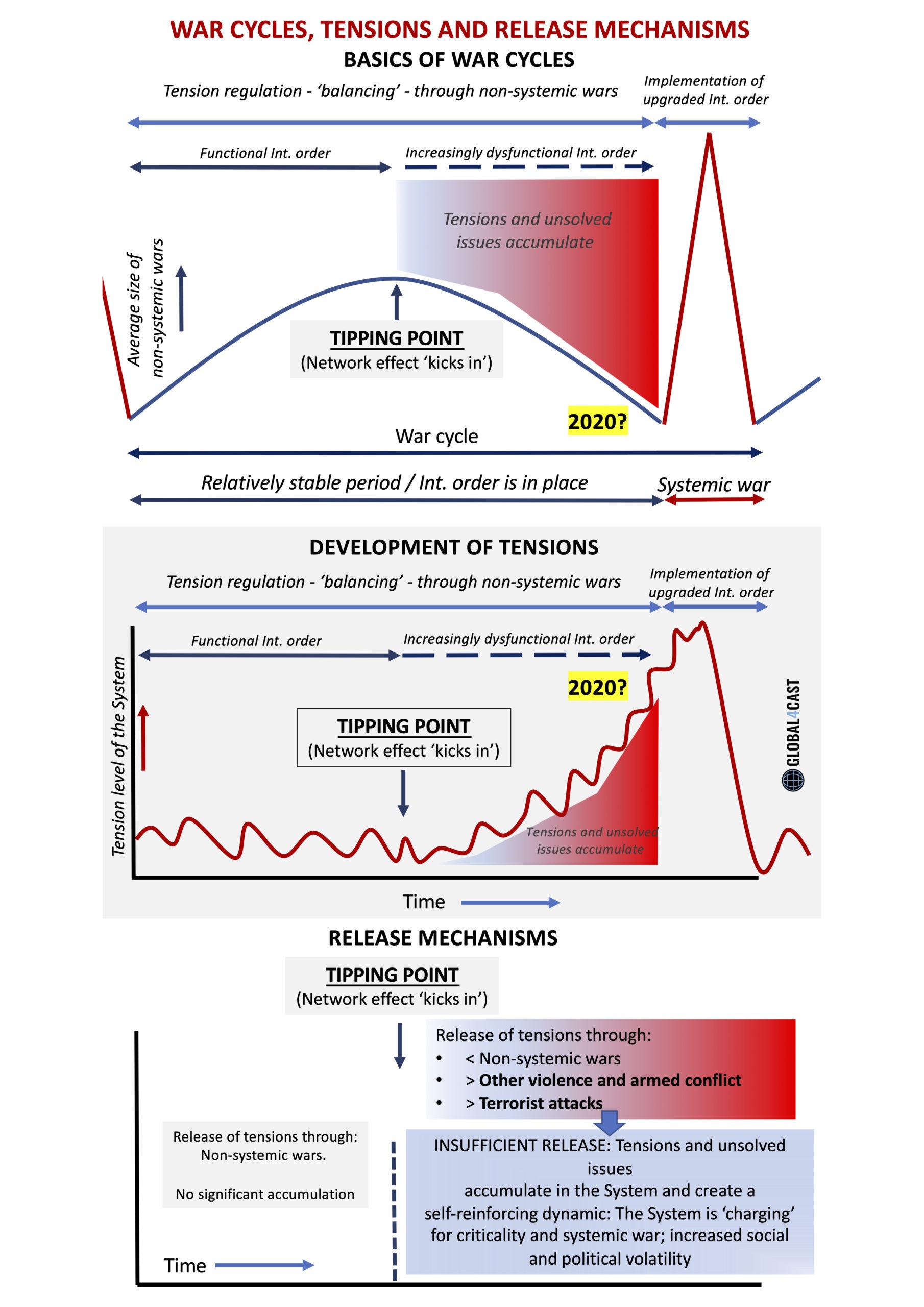 This is a schematic representation of a war cycle.

During the period 1480-1945, the European State-System produced four accelerating war cycles. Together they constitute a dissipative structure. This dissipative structure was instrumental in a phase transition of the European State-System toward a state of equilibrium (unification). The implementation of a unified structure was delayed until 1989, because of a deadlock in the system caused by the Cold War. Unification was institutionalized through the European Union.