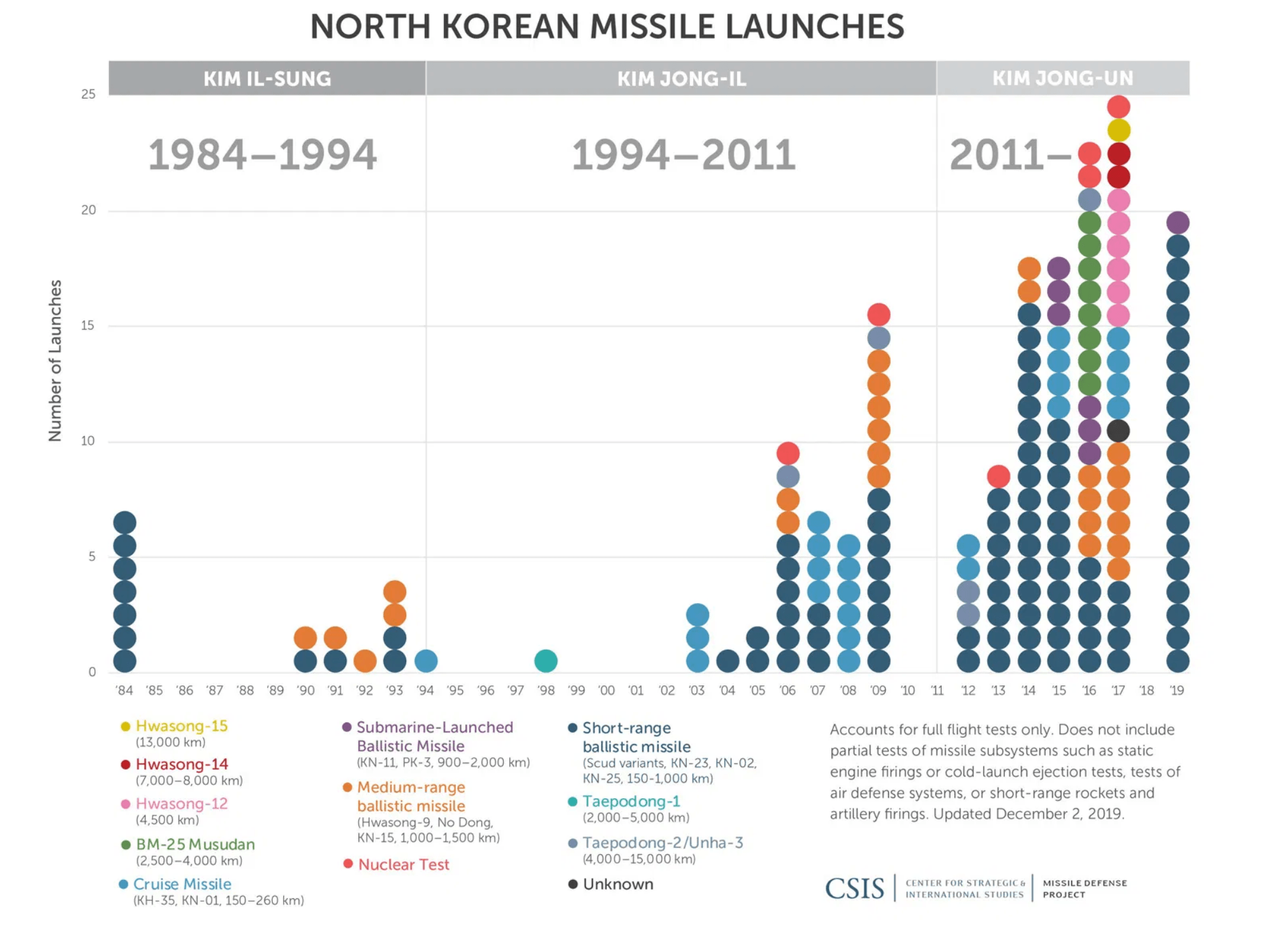 Because of recent developments in the Middle East – the assassination of Qassim Suleimani, Irans subsequent response, and the Ukrainian plane crash – news cycles were especially preoccupied with these events.

But what about North Korea? Developments do not stop, when there is no news coverage.

However, this gift did not really materialize. But this is not necessarily good news.

It is assumed, that North Korea used the time during the self-imposed moratorium on testing nuclear weapons and long-range ballistic missiles (starting in April 2018, North Korea feels no longer bounded to the moratorium since last month), to develop and stockpile more of these weapon systems, in order to improve its offensive and defensive military capabilities and negotiating position.

The question is, what will be North Korea’s next step: More missile launches? The introduction of new missiles that pose an increased threat to the US?

Although through the accelerating number of missile launches during the period 2012 – 2017, Kim Jung Un was able to “push’ the US to the negotiating table, this “tactic’ clearly has its limitations.

The launch of accelerating numbers of missiles can eventually not be sustained, and if a positive response (more negotiations) can not be enforced, North Korea – Kim Jung Un – feels forced to take more drastic measures, to avoid damage to his vulnerable reputation; not only abroad, but also domestically.

It is easy to overplay your hand – and force yourself in a corner – with such a provocative strategy.

The question is also how the US – president Trump – would react if the US is provoked (again) by a new series of missile launches.

It should be reminded that for the US is more at stake than North Korea’s missiles: The end-game on the Korean peninsula is about dominance and control: Will (North) Korea become an American or a Chinese satellite?

Trump’s impeachment and the US presidential elections in 2020, make Trump vulnerable and probably (even) more unpredictable.

Kim Jung Un and Donald J. Trump resemble two drowning men not only clutching at a straw, but also at each other.

Be prepared for some surprises from the Korean peninsula.