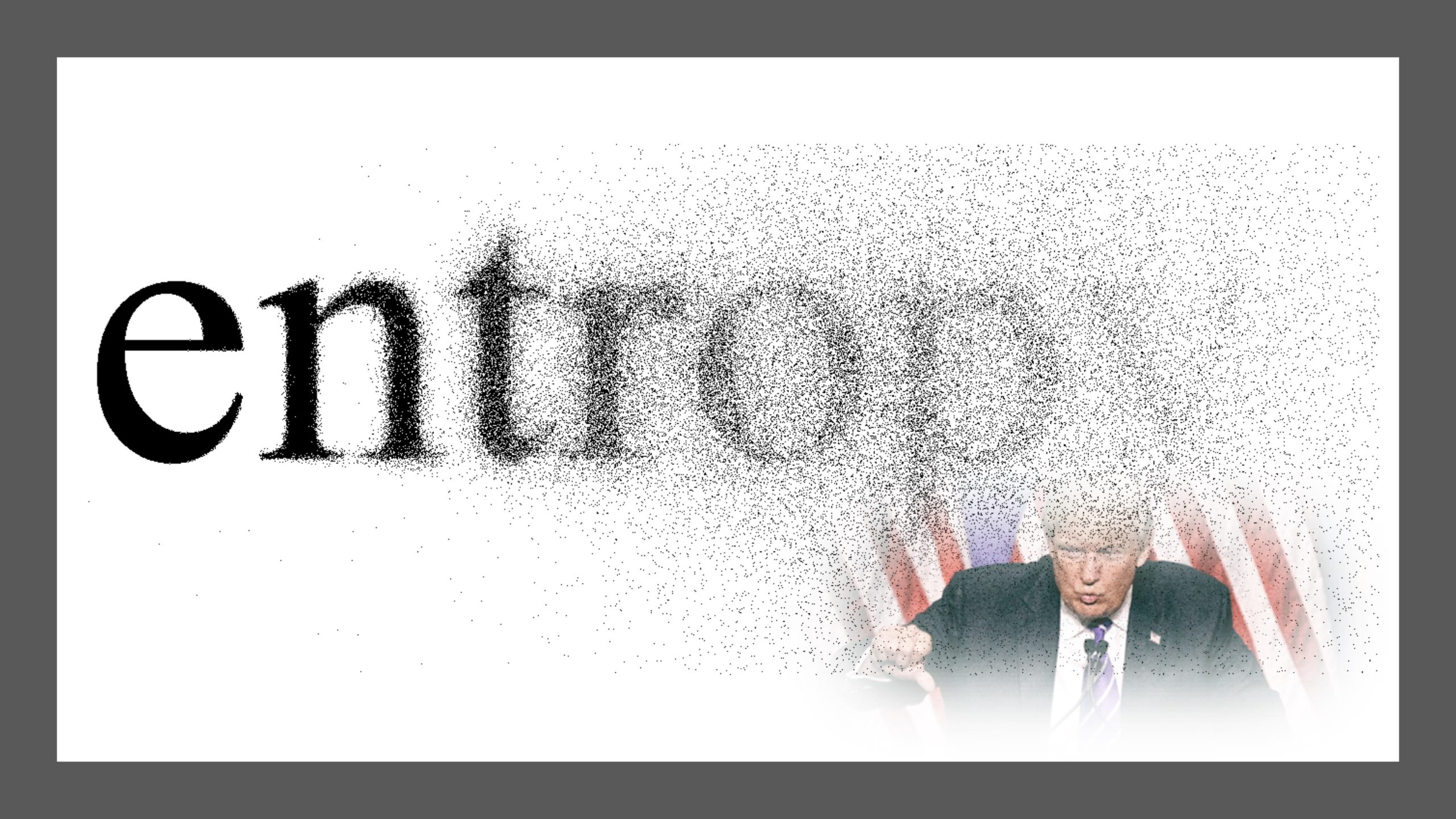 All natural processes – including all human interactions and exchanges – produce entropy as a byproduct. Entropy manifests itself as heat and waste. The amount of entropy in a system is considered a measure for its disorder: More entropy means more disorder.

Because all natural processes inevitably produce entropy as a byproduct, systems must regulate entropy(-production) to ensure that a certain order is maintained. Energy is required to regulate entropy.

In the book “Microcosm, E.coli and the new science of life”, Carl Zimmer describes “the pivotal role of the bacterium E. coli in the history of biology, from the discovery of DNA to the latest advances in biotechnology”. Zimmer “reveals the many surprising and alarming parallels between E. coli’s life and our own”.

These parallels (obviously) also include the basic physical laws that apply to living systems in general, including humans and social systems. The Second Law of Thermodynamics – also referred to as the Entropy Law – is one of these basic laws.

Zimmer also discusses entropy and entropy-regulation, and how E. coli deals with it: “As E. coli juggles iron, captures energy, and transforms sugar into complex molecules, it seems to defy the universe. There’s a powerful drive throughout the universe, known as entropy, that pushes order toward disorder.”

“E. coli “seems to push against the universe, assembling atoms into intricate proteins and genes and preserving that orderliness from one generation to the next. It’s like a river that flows uphill”, Zimmer explains.

However, Zimmer continues: “E. coli is not really so defiant. It is not sealed off from the rest of the universe. It does indeed reduce its own entropy, but only by consuming energy it gets from outside. And while E. coli increases its own internal order, it adds to the entropy of the universe with its heat and waste. On balance, E. coli actually increases entropy, but manages to bob on the rising tide.”

E. coli understands – so to speak – how the entropy law works and how (dis)order can be regulated. Entropy-regulation is essential for survival.

This is basic physics and basic biology, but – and that seems not very well understood in the social sciences – this basic law also applies to social systems, e.g. societies and states.

Heat and waste – entropy – are also inevitably produced as byproducts of social interactions and exchanges. To maintain a certain order, heat and waste must be regulated, and energy is required to accomplish this.

Like other organisms, we are depended on our environment for the regulation of entropy (heat and waste) and for the extraction of resources and energy. The environment is our indispensable life support system.

Through our unrestrained consumption, population growth, disrespect for our environment, and negligence of this basic law, we now endanger humanities survival.

The amounts of entropy – waste and heat – we produce and dump, and the energy we extract from the environment to maintain “order” (and to sustain consumption and satisfy our needs), have caused irreparable damage to our environment and climate.

Industrial production – which involves transformation processes – obviously also produces entropy – heat and waste – as byproducts. This heat and waste production is a consequence of the Entropy Law, and of our carelessness and indifference.

Global warming and damage to our environment are the consequence of the inability of the climate system to regulate the large amounts of entropy – heat and waste – we collectively produce and then dump.

We overload and damage the regulatory capabilities of our climate and environment.

By ignoring the Entropy Law, we destroy our life support system on which we depend. Furthermore, to maintain order in an increasingly disordered environment, increasing amounts of energy are required; this constitutes a positive feedback mechanism.

If we do not take drastic measures, this dynamic will destroy us. The window of opportunity to prevent further global warming – to a level that causes irreparable damage and more destruction – is rapidly closing.

The question is – to use Zimmer’s metaphor – do we – that is humanity – manage “to keep on bobbing” on the accelerating rising tide of entropy (and water), or will we be overwhelmed by disorder? Scientists warn us: We are and we will be further overwhelmed.

Do we control our – and Earth’s – destiny, or do we just obey our primitive desires?

At the World Economic Forum in Davos, Trump’s promotion of the American economic model (and himself), his disregard for climate science and environmental protection, not only show that he lacks any sense of responsibility, but also that he does not understand the basic Entropy Law.

Entropy must be regulated to avoid disorder; E. coli knows.