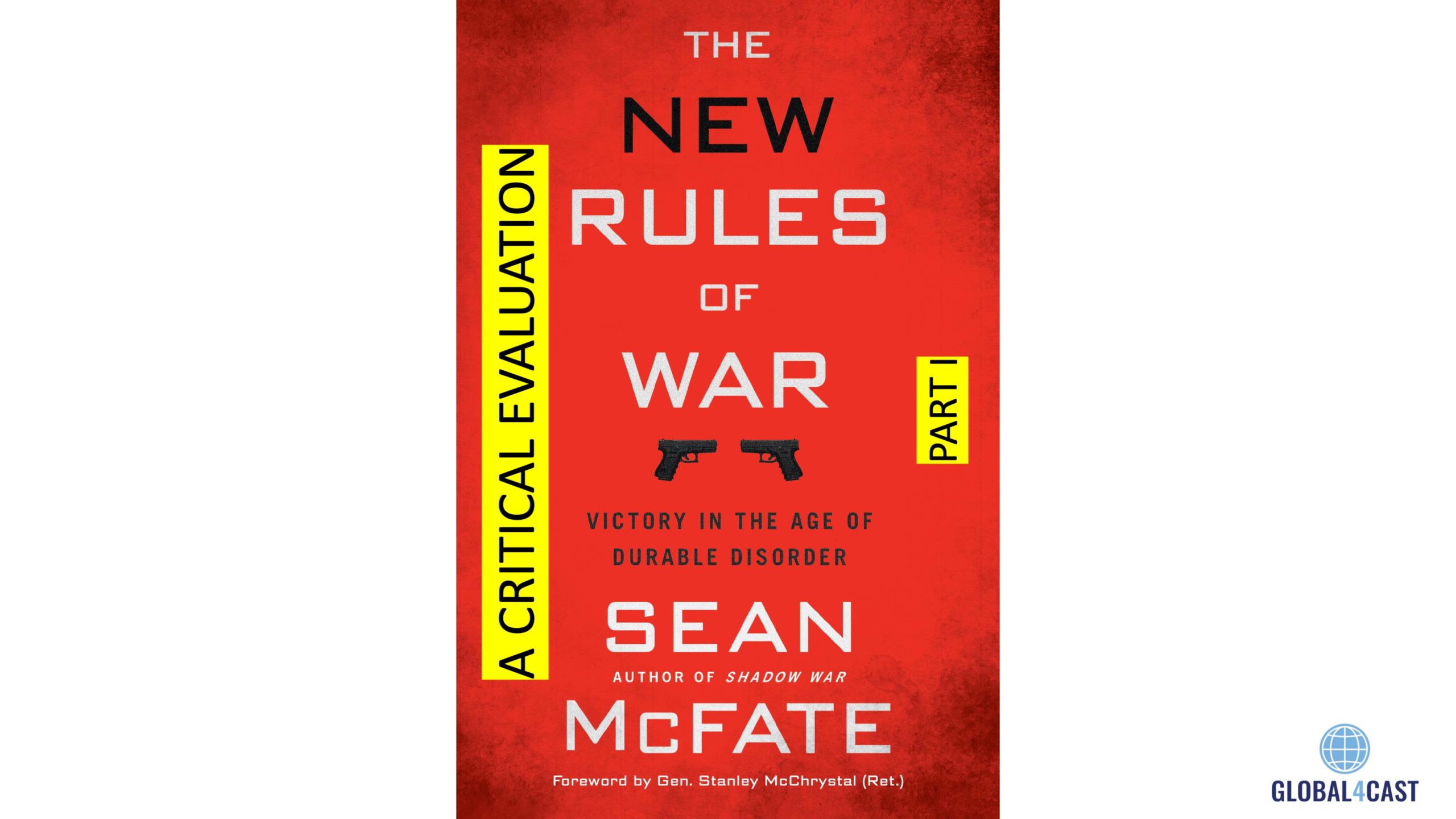 This is the first article in a new series.

“We” in McFate’s book refers to the United States.

McFate argues that war is timeless, and that we are now living in an age of what he names “durable disorder”, “created by a mix of factors: China’s rise, Russia’s resurgence, America’s retreat, global terrorism, international criminal empires, climate change, dwindling natural resources, and bloody civil wars”.

According to McFate, this devastating turmoil has given rise to difficult questions: “What is the future of war? How can we survive?”

In the book, McFate prescribes the new rules of war – ten in total – “the way we can fight and win in an age of entropy (IP: as he names the state of current disorder): One where corporations, mercenaries, and rogue states have more power and nation-states have less”.

McFate tackles the differences between conventional and future war, the danger in believing that technology – like the F-35 – will save us, and the genuine leverage of psychological and “shadow” warfare.

McFate has a clear message: “By following his rules we” – that is the United States – “can prevail, and if we do not, terrorists, rogue states, and others who do not fight conventionally will succeed, and rule the world”.

These are McFate’s ten new rules of war, I quote:

2. Technology will not save us.

3. There is no such thing as war or peace; both coexist, always.

4. Hearts and Minds do not matter.

5. The best weapons do not fire bullets.

8. There will be wars without states.

McFate is well-informed and an expert on the subject. In a series of articles, I will discuss McFate’s ten rules of war and his observations.

I will also address the “clear” – and very American-centric – message” of McFate: Do we really – as McFate argues – have to follow his rules of war to avoid that “terrorists, rogue states, and others who do not fight conventionally will succeed, and rule the world”?

Of course, we do not want terrorists, rogue states, etc. to “rule the world” – which is an unavoidable outcome according to McFate if America does not act – that is obvious: But is the situation as dire as McFate argues, and do we want the United States – America First – to rule the world?