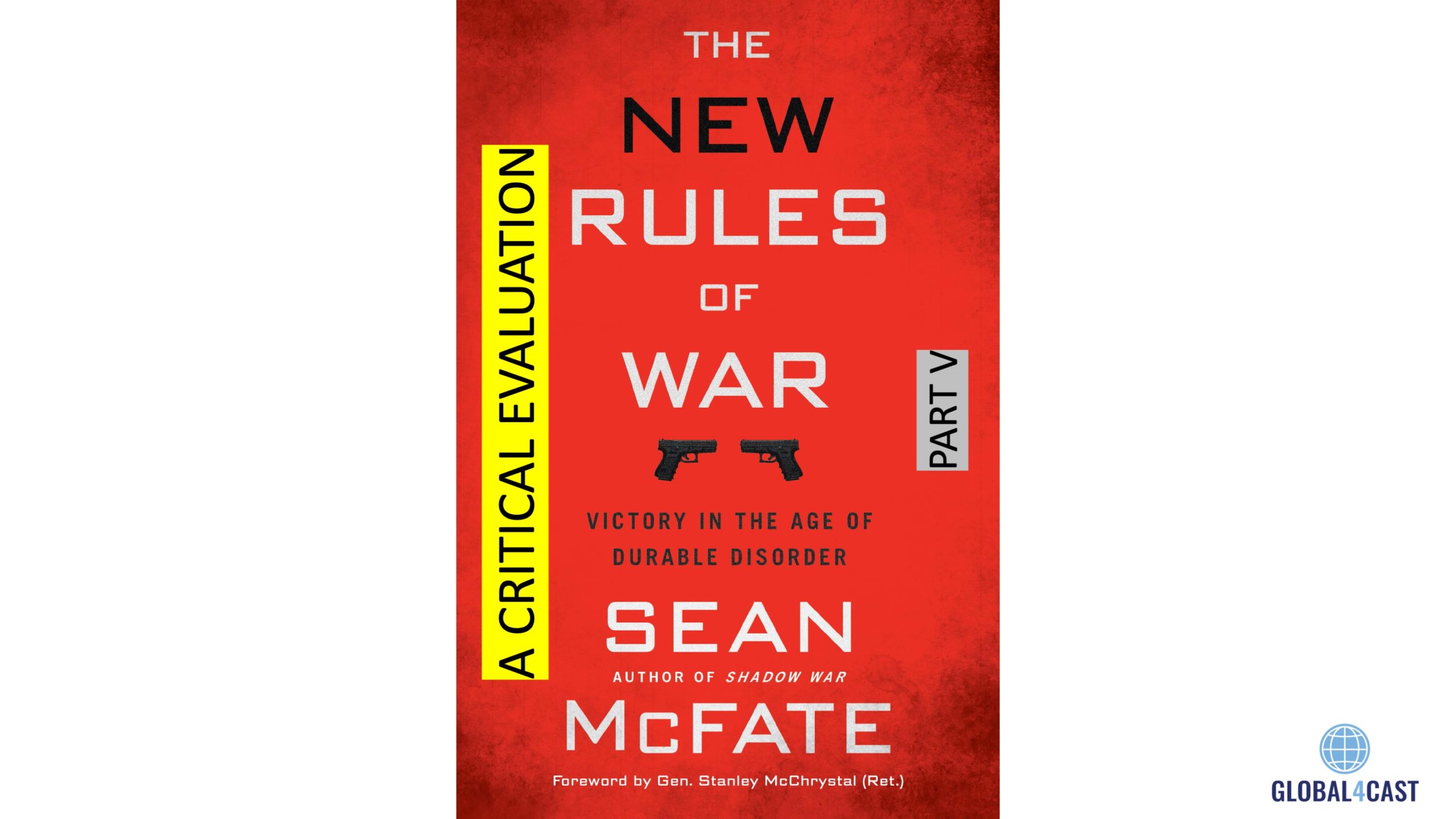 Is a series of articles, I discuss McFate’s book. This is the fifth article, in which the second “New Rule of War” is discussed: “Technology will not save us“, at least according to McFate.

To make his point, McFate zooms in on the F-35 fighter: “The F-35 will be worthless in future wars. In fact, it is obsolete right now”, he claims.

I also have some serious doubts about the F-35 and similar complex weapon systems. I have (especially) doubts about the F-35 for a country as The Netherlands that purchased about 46 of these fighter aircraft; its utility is limited: The F-35 is underperforming, is incredibly expensive, and has serious shortcomings, while the United States can control the missions the Netherlands will (and will not) carry out with this “flying laptop”, as it is sometimes referred to: The F-35 undermines the already (very) limited “strategic autonomy” of a country as The Netherlands. Stay friends with the United States, to keep the Netherlands’ air force airworthy and deployable?

It should be reminded that the development of the F-35 already started in 1992 (and full production started eventually in 2018). The development process of the F-35 was in fact a continuous effort to catch-up with new technologies and innovations that came available, and that had also – on closer inspection – to be incorporated in the – what would become – flying laptop.

McFate continuous: “The irrationality of the F-35 goes beyond its price tag; the plane is redundant” and “older aircraft remain better than F-35’s at all tasks”. “These fighter jets are obsolete because they were built to fight conventional wars in a postconventional age.”

McFate argues, that “It is not just the F-35, its everything. People want cool stuff, rather than weapons that work”.

McFate predicts that “Future wars will be low tech. Cheap drones can be purchased of the internet and modified in someone’s garage”. “Low tech – so easy to obtain and so difficult to defeat – will form the future’s weapons of choice”.

I do (again) not agree with McFate: In case of a future systemic war, states will deploy a “mix” of high- and low-tech weapons systems, against other states, they have already in their inventory. But during such a war (which will be of long duration) there will be a shift to simpler and quicker to build (and thus) low-tech weapon systems: It will be essential to produce effective weapons, in short notice to stay ahead of the enemy; long development and production times will be unacceptable. This requirement will contribute to a shift to low-tech and easy to produce weapon systems. Furthermore, the F-35 has no utility in wars against populations (as since 2001 taking place in Afghanistan) that will also take place during a next systemic war.

“Faith in technology, such as the F-35, is a form of self-deception. Today’s conflicts already show us that superior technology and firepower do not win wars; as confirmed by the F-35’s war record”, McFate states.

Although McFate makes a number of meaningful observations, he subsequently (again) undermines them by his great exaggeration. It is strange to state that “superior technology does not win wars”. Technology does not fight wars, so it will also never win or lose wars; it is about sound application of technology, in a given context.

Of course, can technology make a difference: Ask – so to speak – the first caveman who was suddenly attacked by an opponent, who turned up with an ax. Technology matters.