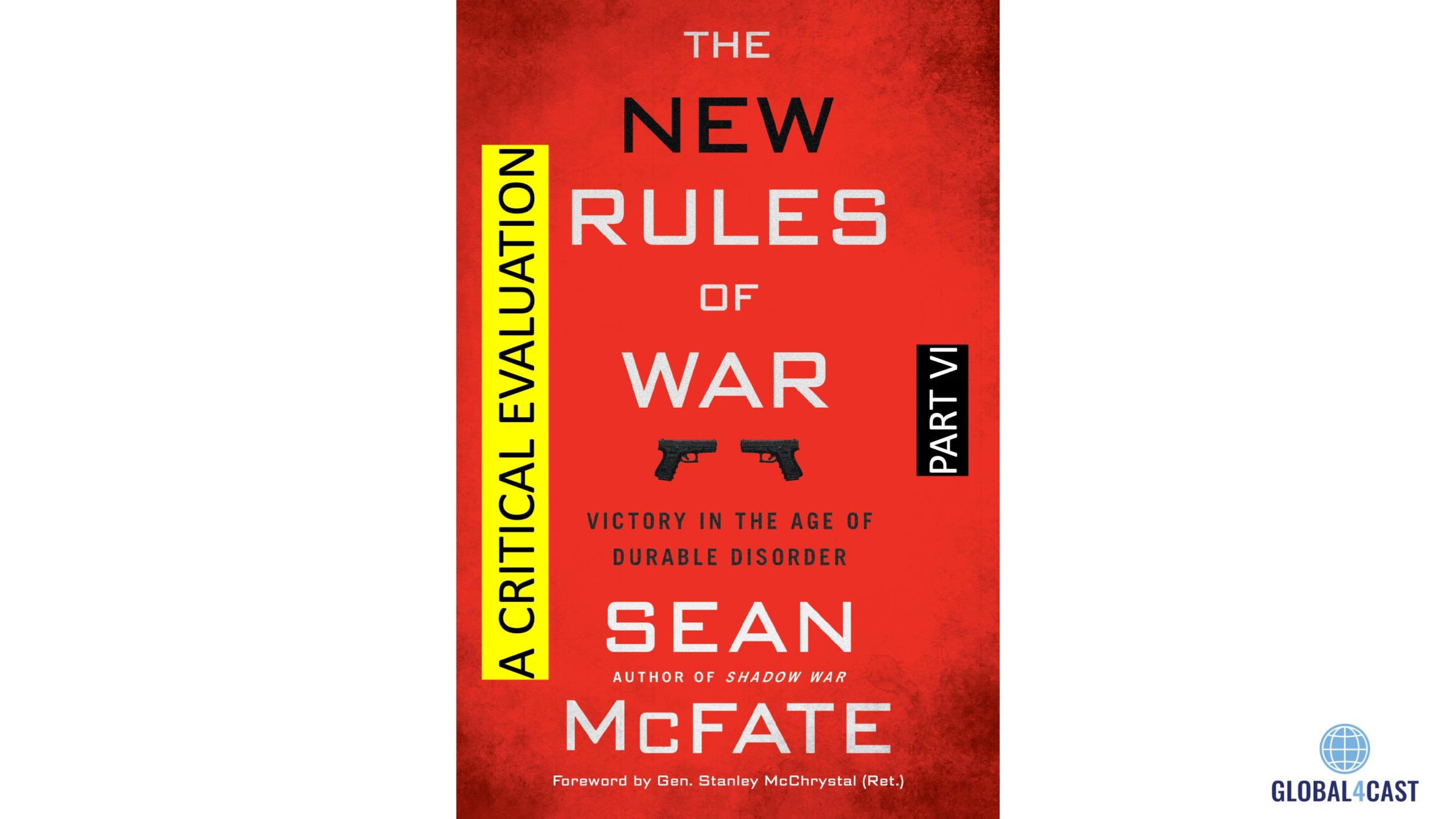 Is a series of articles, I discuss McFate’s book. This is the sixth article, in which the third “New Rule of War” is discussed: “There is no such thing as war or peace, both coexist, always,” McFate observes.

McFate explains: “Cunning adversaries leverage the space between war and peace for devastating effect. Washington has a buzz phrase for this: the “Gray Zone.” Others have a strategy. In Russia, experts call it “New generation Warfare,” and it conquered eastern Ukraine and Crimea. … China’s version is called the “Three Warfares” strategy, and it is how its leaders plan to drive the United States from Asia. … it is war disguised as peace.”

McFate explains: China “conquers with a creeping expansionism (IP: in the South China Sea) designed to remain below the United States’ threshold of war”.

China “wins by strategic jujitsu, using the West’s paradigm of conventional war against it,” McFate argues. “China wins because it exploits the West’s false belief in this dichotomy”: A sharp distinction between war and peace.

“In modern and future wars, there is no war or peace; only war and peace….. Because war and peace coexist, conflicts hibernate and smolder. Occasionally they explode.” This is durable disorder, according to McFate.

McFate argues that “grand strategy” is urgently needed: “In its broadest sense, grand strategy is a policy that governs how a country behaves in international relations.” McFate continues: “The purpose of grand strategy is to identify and protect national security interests.”

Then McFate observes: “…. the United States arguably still has a grand strategy. It’s one of hegemonic primacy of being king of the hill in international relations. It’s core elements are: remain the unilateral superpower; create a ‘rules-based order’ in which the United States sets rules that supports its interests….” etc. etc.

This unrestrained urge for US world hegemony is “undergirded by ‘American exceptionalism,’ an ideology that asserts that the United States is unique among nations with a duty to defend democracy and personal freedoms around the world.” However, McFate continues: “American grand strategy is fading. It’s being challenged by rivals like China and eroded by the inexorable forces of durable disorder. A new grand strategy is needed for such an era. What it should entail remains an open question.”

I think, this so-called American strategy is not “fading”, as McFate argues. This never was a realistic strategy in the first place, and it was above all counterproductive: To impose one’s self-proclaimed superiority – ‘American Exceptionalism’ – on the rest of the world, can never be a viable start point for an effective strategy. Instead of protecting America’s national security – the purpose of a grand strategy, according to McFate – this misguided expansionism driven by America’s self-proclaimed superiority, undermined America’s national security.

Another inconsistency in the reasoning of McFate concerns his observation that “a new strategy is needed for this era, but what it should entail remains an open question.” How can you define ten New Rules of War – including for example Rule 4: Hearts and Minds Do Not Matter – as McFate does, while it is not even clear what the grand strategy of the United States should entail?