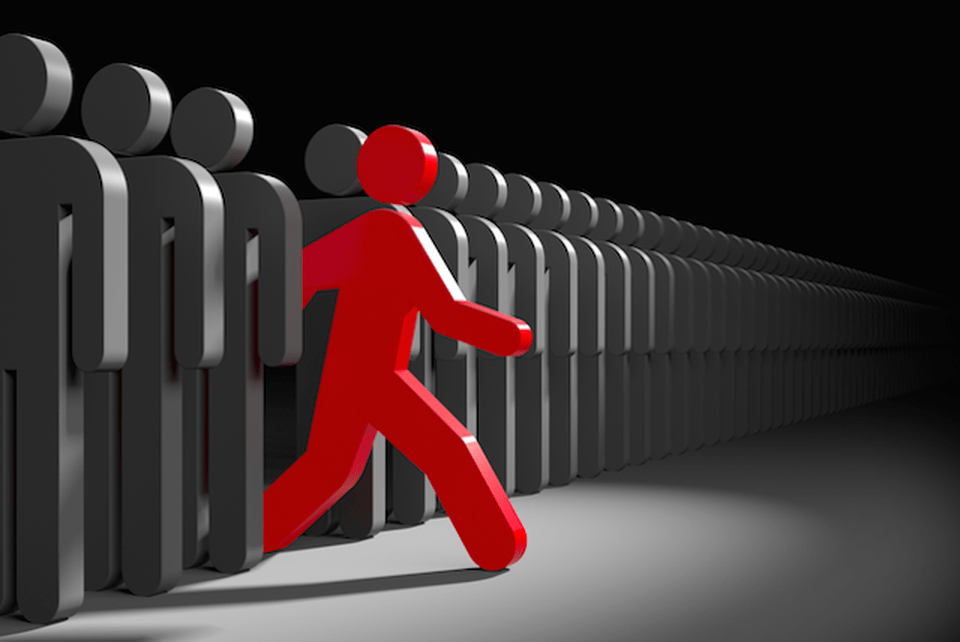 In case of more collective societies and cultures, the primacy and priority lie by the perceived (shared) interests of the collective; this behavior is embedded in and enforced by cultural norms, and by the political structures these societies have established.

In collective societies, individualistic behavior and tendencies are repressed, e.g. through peer pressure and political norms, in the interest of the collective; at least that is the justification.

Compared to for example the United States, China is a more “collective” society, where individuals are subjugated to what is perceived as the general interest (as defined by the political structures Chines society has produced).

The United States on the other hand, is a society with a strong individualistic orientation: You are responsible for your own success, and government interference – at least that is the official line – is for that reason minimized. You strife for individual success, of which the society could also profit, is the idea.

But what is the most effective – “best” – behavior?

This question can be answered from different perspectives: from an individual’s perspective, from the perspective of the society as a whole, but also from an evolutionary – survival – perspective.

However, the point is, there is not a “best” choice, for all kind of circumstances; it all depends on the environment of the society in question and the challenges it faces.

Furthermore, selfish and social behavior do not (always) contradict, and in case of certain circumstances, the collective profits more from individualistic behavior, than from conformity. A more individualistic society has more diversity, and for that reason can produce more diverse responses to challenges.

Diversity produces resilience in societies, assuming the society can – once a choice is made – organize a collective response.

Democracy is a political system to do just that, assuming it is functioning properly: Individual and collective interests are balanced, and adjustment is ensured through elections.

The Chinese response to the 2019-nCoV – Corona – virus outbreak shows that adequate response to such type of challenges should always be a mix. The more collective orientation of Chinese society – and the political organization that comes with it – enabled a very strong collective response, by quarantining whole cities and regions in just a very short matter of time. This was and is very helpful in limiting the spread of this deadly virus.

However, it was the same collective orientation – and the embedding of collectivism in political structures – that silenced doctor Li Wenliang when he issued a warning about a new coronavirus. Consequently, critical time was lost that allowed the coronavirus to establish a stronghold and generate a real epidemic. Doctor Li Wenliang died as a consequence of the Coronovirus two days ago.

The societal consequences of silencing doctor Li Wenliang affect the Chinese government’s legitimacy, obviously this should not have happened. President Xi has something to explain.