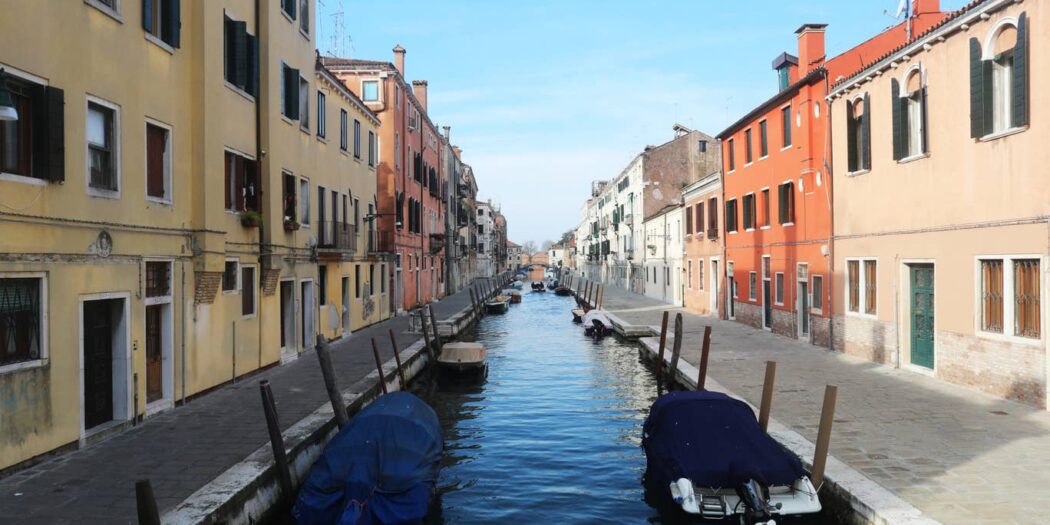 The Covid-19 pandemic has been dominating the global news for months now. Almost half of the world’s population is under social or economic corona lockdown. People are afraid. In the background, an unprecedented global crisis that could lead to a dramatic international systematic transition from a Pax Americana to a Pax China. This could institute a new world order where China, instead of the US, dominates the world.

By Arthur Blok and Marco Mattiussi

“If today, thinking it over calmly, we wonder why Europe went to war in 1914, there is no sensible reason to be found; in fact, there is never any real occasion for the war. There were no ideas involved; it was not merely about drawing minor borderlines. I can explain it only, thinking of that excess of power, by seeing it as a tragic consequence of the internal dynamism that had built up during those forty years of peace, and now has demanded release.”

This quotation, from the book The World of Yesterday (1943) by the Jewish Austrian writer Stefan Zweig, is considered the most famous book on the Habsburg Monarchy. Zweig sent the manuscript to his publisher the day before he committed suicide in 1942 in Brazil.

Zweig’s philosophical book provides an interesting backdrop to the question: “Are we in the midst of a new global war”. This war would be one war against the West that many of us do not even realize is upon us. We are all so focussed on the latest figures of Covid-19 deaths and infection statistics that we not yet realize what might be happening in the background; this would not be a traditional war where tanks and soldiers are on the frontline, but a war of information and psychological control.

In 2016, the Dutch political scientist, Ingo Piepers (PhD), published his thesis ‘2020: WARning’ in which he elaborates on the phenomenon of wars. In his thesis, he asserts that the global system produced, and still produces, two types of wars: systemic and non-systemic. He qualifies the latter as small wars, for example, between two nations with limited effects on the other hand, w systemic wars could be qualified as ‘world wars’ and have a ‘rebalance’ of the global system as a result.

In short, Piepers states that systemic wars are periodically necessary in anarchistic systems to rebalance relationships among states and to implement upgraded international orders that provide, at least temporarily, relative stability to the world system.

Piepers has studied all the major wars and global conflicts since 1495 up until present time. He elaborated on the Cold War period after the last systematic war (the Second World War: 1940 – 1945) up until present-day, a chaotic time in which the number of unresolved issues grew, and tensions accumulated in our global system. After data analysis and new insights into the workings of complex global systems and networks, his study has come to a troublesome forecast: the system we live in will produce the next systemic war – a World War – around 2020. Eerily, that forecast was made in 2016.

Just four months ago, this conclusion probably would have been dismissed as an extravagant and, frankly speaking, quite delirious theory of some mad scientist. But today, April 2020, the world is unquestionably not what it was just four months ago. Perhaps today, we should then look upon Piepers’ worrisome conclusion with different eyes. Has the Third World War started already, but we just haven’t realized it yet?

It is no exaggeration to say that we have suddenly plunged in a social and economic situation that makes the financial crisis of 2008 look like a quiet Sunday afternoon in the park. The brightest minds in the economic field all agree on this.

More than 40 high-profile economists, including IMF Chief Economist Gita Gopinath and a former presidential Barack Obama’s top economic adviser published alarming recommendations via the Centre for Economic Policy Research. They urge governments to act quickly and do whatever it takes to keep the lights on in the COVID-19 crisis. There are many drastic measures proposed. Some include: ‘helicopter money,’ giving – everyone – a no-strings-attached handout; Eurozone countries using Eurobonds to issue debt together rather than individually; and state investment banks providing unlimited emergency lending to firms. These are definitely unorthodox measures aimed at – avoiding a full economic collapse of the current global system.

In addition, American Economist, Nouriel Roubini, Professor of Economics at New York University Stern School of Business, – recently stated that it took two years in 2008 to achieve the losses that have been made in less than a month in the current crisis. In his own words, “This is just something we have not really seen before.” Roubini contends,“It is a bit like an asteroid hit the Earth”.

People will not soon forget the sight of hundreds of planes, carrying all possible flags of the world, motionless, grounded at national airports, lined up in perfect order, close to each other as they wouldn’t be moving anytime soon. Unforgettable will be the sight of empty highways, deserted city centres and shopping malls in Europe and the US. Could anyone have ever imagined such dramatic scenes only a few months ago? How would we have reacted if somebody would have depicted these scenes? We would have probably dismissed him as a lunatic. Yet, here we are, in a global lockdown situation that has never happened before on this scale in – modern history.

The feeling that we are now at a turning point where the current world order is due to change is getting increasing attention from environmental activists as well as green lobby groups. Many argue that this is the perfect moment to shift the current dynamic capitalist system into a more globally green economy for sustainable development. This would be an economy that protects the environment as well as one that supports the growth of the economy: low carbon, resource efficient and socially inclusive.

Data about sharp reduction in the air pollution levels February and March 2020 have been released which cite drops of more than 50% of CO2 in regions all over the world hit hardest by the virus. Activists have suggested that the corona lockdowns should remain in place for months to come. Semi-scientific studies have even stated that the ozone layer is healing itself because of the dramatic reduction of productive processes, although this is still to be proved. Pictures of never-seen-before blue skies and episodes of nature already taking over have been widely circulating. From clear skies over the Chinese capital Beijing to wild animals in the streets of London.

Clean skies, clean air, the green dream are matters about which all idealists have dreamt and speculated for decennia, but for these radical changes to come into effect it would need all major economic powers of the world to be on the same page. This is something quite unlikely to happen at this stage of the current global crisis where economies are collapsing, and global panic and distrust prevails.

All eyes on China

Besides the captivating and optimistic hopes of the Green activists, some more alarming thoughts are developing around the world. Extreme circumstances are giving room for extreme conjectures. Unsurprisingly, the vast majority of the theories which are circulating point their finger towards China. Some have already translated into official actions, such as the case of American lawyer Larry Klayman and his advocacy group Freedom Watch already filing in March a $20 trillion lawsuit against the Chinese government, the Chinese army, and the Wuhan Institute of Virology.

Klayman has claimed that the US intelligence agencies have clinching evidence to prove that China has prepared COVID-19 as a biological weapon against the West. According to the lawyer and his followers the virus was concocted at the Wuhan Institute of Virology and then released into the world.

Although quite difficult to prove, the trend has been set. Numerous anti-China petitions have popped-up online, calling for a boycott of Chinese goods. The most wild theories accusing China of deliberately attacking the West are circulating everywhere. These theories, fueled by the ongoing China–United States’ trade war, have escalated during the Trump presidency.

In 2019, China has been accused of installing spying software in popular China-made applications like TikTok. This recalls the row with Huawei a few months earlier. The phone-maker faced bold accusations that it has engaged in corporate espionage to steal competitors’ intellectual property. Last year, it was restricted from engaging in commerce with U.S. companies, and was banned from involvement in installing the 5G network in the US and parts of the EU. On top of that, there were US allegations that it willfully exported technology of US origin to Iran, all in violation of US sanctions. These are just the most widely known cases of a long sequence of incidents mainly revolving around trade of advanced technology to and from China.

Undoubtedly, this is a very fertile background that helps feed the theory that Covid-19 could be China’s way of counterattack, somehow validating Dr. Piepers studies’ albeit in an unexpected way. Could it be true that the western countries and their Middle Eastern allies are under an attack coordinated by China?

Let’s be clear: this would not be a traditional war attack. As said in the introduction this is not a war where tanks, soldiers, and conventional weaponry are involved. Nevertheless, it would be a war that will change the world equilibrium as we know today. A truly ‘systemic war’, as per Piepers words. A war that has also seen the other world powers acting in order to find their place in the arena, taking sides with one of the two giants, although not always in the most expected ways.

In this perspective, the unique, unexpected, and sudden situation created by the Covid-19 pandemic should raise some very serious concern. For an outsider, it almost looks like China launched the corona crisis as a perfectly orchestrated media campaign, first leaking little news about a new virus, arresting whistle-blowers, then progressively exposing the scale of the problem until reaching the devastating numbers of casualties. The Chinese then demonstrated to the whole world how to react and keep it under control through strict lockdown, to return a few weeks later with surprising regularity to a business as usual situation that will be executed this week.

How plausible is it that major mega cities like Beijing and Shanghai barely had, according to Chinese official data, any victims, while the rest of the world is in total chaos? These are, most certainly, questions that are deemed to remain without answer, for now of course.

Whether we are inclined or not to follow this theory, we cannot deny that this situation of an unprecedented ‘perfect storm’ on world scale, without a clear timing for its recovery, constitutes the best possible ground for a complete shift of power at a global level. This shift of power is ripe for the taking for whomever will be able to seize the occasion.
Time will tell.

Arthur Blok is the Executive editor-in-chief of the Levant News, Marco Mattiussi is an Italian political analyst.