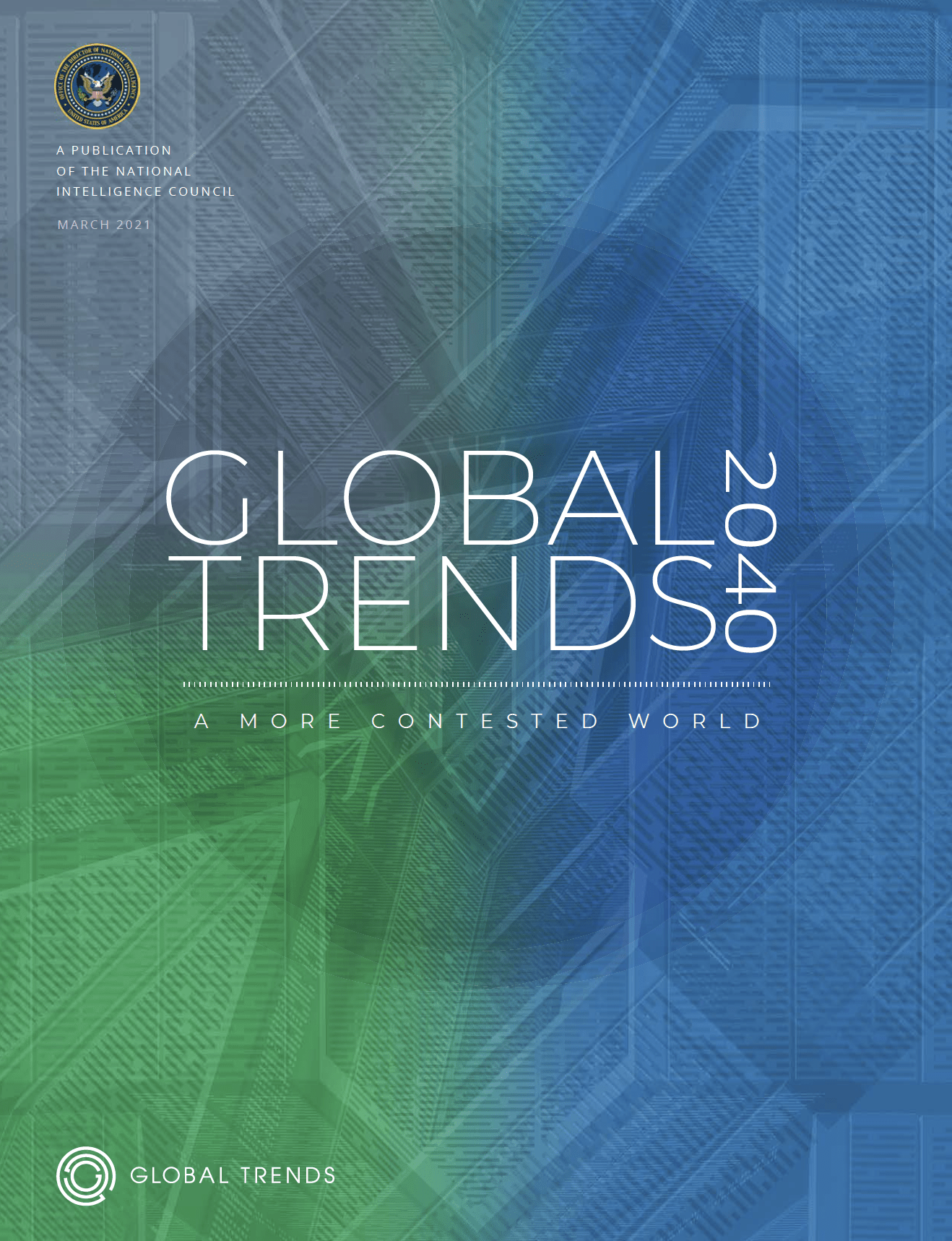 I discuss some of its conclusions:

U.S. intelligence officials have little comfort to offer a pandemic-weary planet about where the world is heading in the next 20 years. Short answer: It looks pretty bleak.

The present has a lot of say over the future. And there, the authors find reason for alarm.

Looking over the time horizon, it finds a world unsettled by the coronavirus pandemic, the ravages of climate change — which will propel mass migration — and a widening gap between what people demand from their leaders and what they can actually deliver.

The authors write of a “looming disequilibrium between existing and future challenges and the ability of institutions and systems to respond”.

The effects of the pandemic will linger, and could shape future generations’ expectations of their governments, particularly as a warming world leads to new human conflicts, including, in the most dire scenario, global food shortages that spawn mass violence.

Within societies, fragmentation is increasing — political, cultural, economic — and “large segments of the global population are becoming wary of institutions and governments that they see as unwilling or unable to address their needs,” the report says. People “are likely to gravitate to information silos of people who share similar views, reinforcing beliefs and understanding of the truth”.

These developments are also at display in The Netherlands, where its government is still struggling to get a handle on the management of the pandemic and its consequences. The outcome of the most recent elections shows a continuation of a trend of social and political fragmentation of Dutch society. The fragmentation will further undermine Dutch government’s ability to address society’s needs.

According to the authors, the pandemic accelerated and exacerbated social and economic fissures that had already emerged. And it underscored the risks from “more and cascading global challenges, ranging from disease to climate change to the disruptions from new technologies and financial crises”.

Global power was contested long before the pandemic, and those trends haven’t abated.

The report sees the international stage as largely being shaped by a rivalry between China and the United States, along with its allies. No single state is poised to become the dominant global force, the authors write. And competing powers will jockey for position, leading to “a more conflict-prone and volatile geopolitical environment.”

In the report, the National Intelligence Council imagines five scenarios on a kind of sliding scale that may help tell us where the world is turning as we approach 2040.

The authors conclude that “The international system — including the organizations, alliances, rules, and norms — is poorly set up to address the compounding global challenges facing populations”.

The authors also determine that the pandemic “could bolster the European integration projecting going forward.”

The question is whether European politicians can finally take the step towards a European Federation.